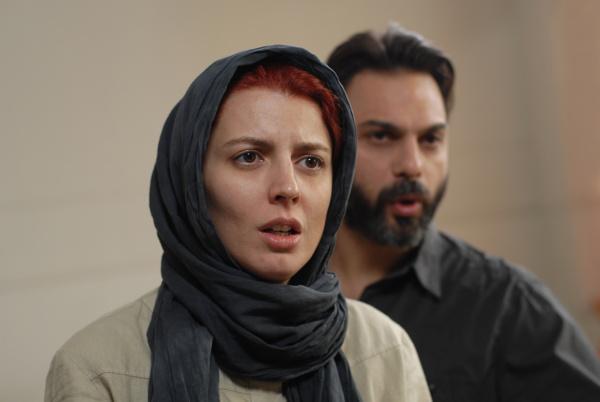 "This Iranian artist," writes Brokaw of Asghar Farhadi, "is fully in charge of his script."

Farhadi’s About Elly was the breakaway hit and unquestionably the most innovative drama shown at the Tribeca Film Festival two years ago, where it won Best Narrative Feature. Framing Elly’s premise were several extended, multi-generational families gathered at a ramshackle rental on the Caspian Sea. They must contend with a missing child who initially is presumed drowned. Farhadi made the child into a universal entry point for world audiences to study families beset with jealousies, marital woes, courtships and engagements, lies of convenience and deception, coercions, and compromises and moral failures galore—and audiences paid respectful attention, embracing the concept as well as most members of the families.

Amazingly, Farhadi has topped himself—first with a totally fresh look at a collapsing Iranian marriage that involves a teen daughter and a grandfather with Alzheimer’s—next with another rich company of superb ensemble players, ranging from the daughter Termeh (Sarina Farhadi, the director’s own 12-year-old and a stunning discovery), to the grandfather (Ali-Asghar Shahbazi). Shahbazi is as memorable playing a mostly silent Alzheimer patient as Michael Murphy was in Away From Her. Add to that the story dimension of watching Iran’s primitive, arbitrary and frustrating justice system as it tries to separate out the truth tellers from the liars.

Farhadi wastes no time establishing his framework for A Separation: Simin (Leila Hatami) and her husband Naader (Peyman Moaadi) play their opening scene direct to camera, with an unsympathetic voice-over. Simin wants to move abroad to find a better life for their daughter, but Naader insists they stay put with his infirmed father and their daughter (who has a tutor). Simin moves out to her mother’s apartment, with Naader agreeing to drive the daughter to school each day—but he must find a caregiver for the incontinent elder, who’s not quite tethered fulltime to an oxygen machine. He hires Razieh (Sareh Bayat, shy, secretive and sullen in a knockout performance), who shows up with her own small daughter and seems to be pregnant, since the little girl listens to her mother’s stomach and the baby she’s presumably carrying.

Razieh can’t begin to handle Naader’s father and even consults her religious hotline about whether she can bathe and wipe him clean; she leaves the apartment to run errands and the old man nearly dies. Then her hothead husband Hodjat (Shahab Hosseini) briefly replaces her but argues for a much higher salary. Then Razieh comes back until Naader finally throws her out, despite her tears and wailing protests. More precisely, he pushes her out the front door and slams it shut, and she says she falls down the building stairs, and ends up in an emergency room, loses her baby, and suddenly Naader finds himself in handcuffs, charged with murder.

A Separation gets much more layered, and complicated, as the Iranian official charged with collecting evidence gathers conflicting reports from all parties, including from their daughter, her tutor, Raziah, Hodjat, Simin, Naader, and various neighbors in their building. The audience has its suspicions about who’s playing with a full deck and who isn’t, but our suspicions aren’t always correct, either. The presumption of innocent-until-proven-guilty feels very tentative here; prosecutors and defense attorneys seem to be non-existent, and quarrels between families appear to be resolved with an admission of guilt and the payment of blood money.

(As you might imagine, this film is light years away from Roman Polanski’s version of the Broadway play Carnage, the festival’s opening night attraction, in which two New York upper-middle-class couples spend 80 minutes carving each other to shreds over a playground incident involving two of their children.) Farhadi has said that A Separation is “a detective story without any detectives,” one that allows the audience to find the person(s) they think are at fault, and that “all of my characters are lying, and suffering, at different times.” But this Iranian artist, as in About Elly, is fully in charge of his script, his company of disciplined and achingly believable actors, and most importantly, his aesthetic that “there will be as many answers as audiences.” What a profoundly daring assertion to make. How many writer/producer/directors whose work we know and admire cannot just claim to make films with as many answers as audiences, but actually prove it, over and over again?