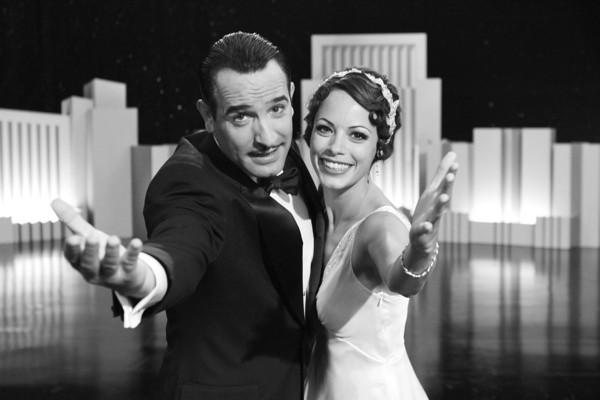 "The Artist" has a French pedigree, but was made in Hollywood.

The police inspector in the Turkish procedural Once Upon a Time in Anatolia is told he looks like Clark Gable, which sparks some lively debate. The hermit living in snowy woods in the avant-garde Two Years At Sea imagines his trailer perched up in a tree, which recalls the image from Fitzcarraldo when Klaus Kinski spies the remains of a sailing ship parked in the upper branches of a huge tree. And in Pedro Almodóvar’s creepy The Skin I Live In, Antonio Banderas exacts revenge on his daughter’s rapist by surgically changing him from a male Vicente into a female Vera—a concept similar to the 1971 Hammer horror opus Dr. Jekyll and Sister Hyde, in which Ralph Bates injects himself with enough hormones to turn into Martine Beswick, one of Hammer’s knockout scream queens. Movie directors love putting new twists on old pretzels.

Michel Hazanavicius’s delightful The Artist, hands down the most enjoyable new film shown in this entire festival, is positioned in Film Society blurbs as “an honest-to-goodness black and white silent picture, a love letter to the movies’ early days.” It’s all that, but it, too, has trailblazing predecessors: Many film fans remember Mel Brooks’s 1976 Silent Movie, itself a tribute film to the silent era. And in the 1952 Commie spy thriller, The Thief, not a word is spoken as Ray Milland is pursued to the uppermost spires and tower of the Empire State Building. The Artist has a fully orchestrated soundtrack and several spoken lines and sound effects, but most dialogue appears in traditional full screen intertitles. It is sublime.

Hazanavicius’s story tells of a silent screen matinee idol at Kinograph Films, George Valentin (Jean Dujardin). He’s stuck in a collapsing marriage (Penelope Ann Miller) and attracted to a chorus girl, Peppy Martin (Bérénice Bejo). George mentors Peppy to stardom through 1932, when age and the innovation of sound begin his downfall. As he loses his wife, his studio head (John Goodman), his house and furniture, and slips into alcoholic oblivion, George’s only possible rescuers are Peppy, his one-time butler/driver (James Cromwell), whom he’s dismissed, and his loyal dog Jack (Uggy, who’s already won the Palm Dog Award for best performance at Cannes). After George burns his film collection and sets his rooms ablaze, he’s rescued in the nick of time, hospitalized, and cared for by Peppy in her mansion. She comes up with a career rescue plan that gets the two of them back on the studio payroll together. Their grand finale is, as they say, a showstopper.

The artistry on view in The Artist is really something else. Hazanavicius shot in 500 ASA color with optical lenses stripped of anti-reflective coating, and then printed everything in black and white—giving his 1920s and 30s settings a period look you haven’t quite seen before. His DP, Guillaume Schiffman, also filmed at 22 frames per second instead of 24, which adds an imperceptible silent-movie speedup that you feel more than see. His aspect ratio is the traditional l.33 to 1 postage-stamp frame of pre-War cinema. The big, dynamic music score is played by the Brussels Jazz Orchestra. And the entire picture was filmed on Hollywood sets plus a number of present-day LA locales propped to the era, including Mary Pickford’s original home that becomes Peppy’s abode. Wow.

Dujardin and Bejo each serve their roles of the falling star and the rising starlet with skill and verve. He’s made up to look like George Brent mixed with William Powell, and she has a startling amount of Leslie Caron’s gamine sweetness. As tap dancers, they give Fred and Ginger a good run for their money. The Artist is the oldest of tinsel town melodramas—edged with the memory of Greta Garbo and John Gilbert’s once-upon-a-time real-life career shifts—all executed with a fresh urgency that’s electric to share.

The next time you hear a friend say, “I wish they made movies like they used to,” you’ll know what to reply.