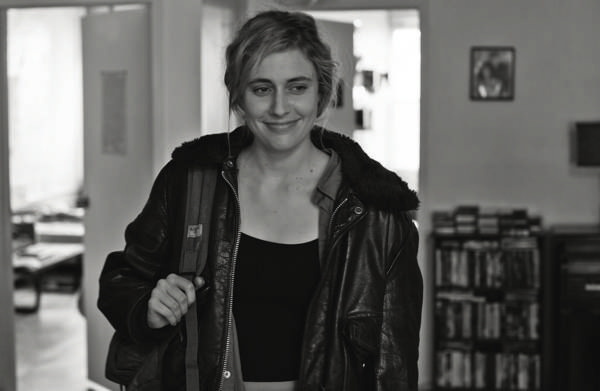 A Festival 50 Years in the Making

The late Richard Roud and the current, soon-to-retire program director, Richard Peña were my hosts for the first 50 years of the New York Film Festival. Roud’s curatorial partner was Amos Vogel, who founded the cine-club Cinema 16 in 1947; it became America’s largest film society with 7,000 members and showed avant-garde shorts as well as early works by Cassavetes, Resnais, and Rivette. When that closed, Vogel founded the New York Film Festival (NYFF) with Roud and was its program director through 1967.

The Roud/Vogel team introduced New York to a new breadth and depth of European directors, especially French and Italian filmmakers, shortly after I’d started work on Madison Avenue—yes, an original “Mad Man”—in 1961. Roud was easy to spot because he took a fixed position outside Lincoln Center’s Alice Tully Hall, next to several mammoth planters, every fall. Compact and dapper, always in tie and jacket, he relished talking about, even arguing about, the fest’s two-dozen or so feature films with anyone who walked up to him.

I renewed my acquaintance with Roud each fall, and he remembered me because we’d both graduated from the University of Wisconsin, a decade apart, and I’d been the film reviewer for the UW’s student newspaper. (My predecessor was Richard Schickel, the estimable historian, author, and Time critic.) Roud had been a film critic for The Guardian and a contributor to the legendary Cahiers du Cinema, and he’d authored books on Langlois, Straub, and Godard. I readily confessed my bewilderment with many films by Godard, Bergman, and Resnais to Roud, and he was encouraging. People said that one factor in Roud’s sticking close to European cinema was that he intensely disliked flying.

Many of my most memorable films of the 60s debuted at NYFF, including The Servant, Woman in the Dunes, Alphaville, La Guerre Est Finie, The Battle of Algiers, The Nun, and The Deserter and the Nomads. Ditto the 70s with The Conformist, The Last Picture Show, Two English Girls, Rejeanne Padovani, Celine and Julie Go Boating, The Story of Adele H, A Touch of Zen, 1900, Camouflage and Nosferatu the Vampyre. Ditto the 80s through 1987, with The Last Metro, Man of Iron, Fitzcarraldo, Streamers, Once Upon A Time In America, Colonel Redl, Round Midnight and Hope and Glory. Upfront seats stayed under $5 for a long time, and one could easily scurry back into a more expensive, unoccupied seat as the lights dimmed down.

In ‘87 Roud clashed with Film Society management and was replaced by Harvard- and MIT-educated Richard Peña, who was 33 years old and had managed film programs at the Art Institute of Chicago. Peña sensed from surveys and his own observations that the festival had begun turning in on itself; he could see that a significant portion of NYFF festival goers were walking to Lincoln Center from their workplaces or their Upper West Side apartments, and he set about to widen the audience. Peña’s legacy is built first and foremost on a never-ending priority of introducing New Yorkers to films and filmmakers from all over the globe, carefully adhering to Roud’s principle of never handing out awards and thus keeping a level playing field for old and new artisans alike; he’s continued to make being selected for NYFF a grand prize in itself that every director shares equally.

Peña was everywhere and viewers sensed a new excitement, because New York had an artistic chief who was an historian and scholar, teaching film classes at Columbia University, and an international traveler who was fluid in a number of languages and loved to Q&A visiting directors. (Peña’s parents are Spanish and Puerto Rican, and his senior thesis was on Brazilian and Argentine cinema.) You knew you were in good hands watching Richard Peña feverishly scribbling notes on three, four, or five-minute statements or answers by directors rattling on in some other language, which Peña would invariably boil down to concise 45-second summaries for his audience.

This critic’s own favorites programmed by Peña and his curatorial committees included Bird and Too Beautiful for You (80s); American Dream, La Belle Noiseuse, The Oak, The Piano, Pulp Fiction, Georgia, Beyond the Clouds, Marcello Mastroianni: I Remember, A Tale of Autumn and Topsy-Turvy (90s); and Yi Yi, Waking Life, Russian Ark, Goodbye, Dragon Inn, The Holy Girl, The Passenger, Persepolis, The Queen, Tony Manero, Vincere, Of Gods and Men and The Artist (2000-2011). Looking back over 50 festivals, American films still lead with 270 shown, followed by France (268), Italy (85), the UK (72), and Germany (60). By region it’s Europe (572) ahead of North America (296), which is ahead of Asia (132).

Peña, now 58, also took over the ultimate responsibility of programming for Lincoln Center’s Walter Reade theater starting in 1990, which has become a repository of mini-fests, galas, tributes, revivals, and retrospectives from throughout the world, and which has extended its boundaries across the street into the $30-million plus Elinor Bunin Monroe film center with its medium-large and medium-small stadium-seating cinemas plus a banked amphitheater with benches for staged presentations. In addition, Peña helped create the annual New York Jewish Film Festival, noting to The Jewish Week, that “Israel probably has the most number of film schools per capita of any country in the world.” (Fill the Void, a first film by Rama Burshtein, shows in the 2012 NYFF main slate.)

Peña announced that he’ll retire at the end of 2012, and observed, as others have, that with bigger screens in homes, combined with multiple platforms for delivering content, we may be approaching “the end of the movie theater.” Rather candidly Peña added, “I think within a decade, moviegoing as we experience it now, will be limited to a ‘museum’ context.”

Count on Peña’s two newly-named successors to do their damnedest to keep the NYFF and day-to-day Film Society programs alive and well and thriving. Kent Jones, 51, becomes director of programming for the festival, and Robert Koehler, 56, will be director of programming year-round. Jones is well known to readers of Film Comment as a master essayist and critic; he’s also superb on his feet, and at a recent panel on the late critic Manny Farber for which experts like Robert Polito and Geoffrey O’Brian read excellent analyses of Farber’s “termite art,” Jones just started talking without text or notes, and could have held an audience mesmerized for hours. Koehler is a festival programmer and film critic who reviews for publications as widely varied as Variety, The Christian Science Monitor and Cahiers du Cinema; he is a long-time colleague of the Film Society’s executive director, Rose Kuo. Jones and Koehler both appear to be popular choices with industry and press previewing the 2012 fest.

As per our past coverage, critic’s choices are selections from the entire main slate of the 2012 NYFF. Snaphsots of reviews are below, with more added through early October. Click the links to read entire reviews:

Greta Gerwig, [Baumbach’s] leading lady who’s become his real-life partner and probably authored the lion’s share of the film’s sharp, bitingly of-the-moment screenplay, has the acting chops to open this film. And she has something more: a visual presence, dark eyebrows and high-cheekbones—a curious, inviting mix of Anne Heche welded onto a young Cybil Shepherd frame. She’s an original, and so is this movie. Frances Ha is the first major breakthrough of the 50th NYFF.

Philippe Béziat’s documentary Becoming Traviata is the mirror opposite of Wagner’s Dream [one of my picks from 2012 Tribeca]; it fastens on the birth of art in its most no-frills, fragile, and vulnerable state: the blocking of actors in Verdi’s La Traviata on a nearly bare stage, accompanied by an orchestra in street clothes and studied uncertainty. What makes this an extraordinary process to view, listen to, and study is the impassioned concentration of the opera’s director, Jean-Francois Sivadier, the delicately nuanced direction of his orchestra conductor Louis Langrée, and—most importantly—the voice and presence of virtuoso soprano Natalie Dessay, La Traviata’s beguiling Violetta.

What makes [Beyond The Hills] work is a first-rate, sleekly professional production and pacing—finally a two-and-a half hour Romanian saga that’s not a slog—and the two splendid actresses who anchor the drama. [Cristina] Flutur is the trained and experienced theater pro, handsome and severely attractive, making her feature film debut, and it’s her movie.

This spring’s Tribeca Film Festival showed 60 shorts, and a critic’s choice, Curfew has migrated into the two separate programs of 12 shorts being honored at NYFF. It appears this is the first time the same short film has been chosen for both festivals. Curfew stands alone as the go-see short this fall, and its review deserves a fresh, updated encore…

Try and catch both of these up-close-and-personal documentary dissections of Liv Ullman falling in love with her director, Ingmar Bergman…and Ingrid Bergman, almost two decades earlier, falling in love with her director, Roberto Rossellini. You’ll be aware how the movie going public’s sense of morality changes from the rigid, unforgiving 40s into the more liberated, enlightened 60s.

Read the complete review of both films here.

Shivendra Singh Dungarpur, was one of [PK Nair’s] students, and thus has become the ideal documentarian of Nair’s life and work… Celluloid Man was filmed in both 16mm and 35mm, with a 35mm print, by 11 volunteer DPs (all from the Institute), using a variety of different color and black-and-white Kodak stocks. The picture has a solid, consistent, rich-hued look.

Read the complete review of both films here.

The core of Flight is whether this train wreck of a pilot [Denzel Washington], trapped by the drink and drugs 24/7, can maneuver, rationalize, deny, and lie his way out of his sorry life’s most threatening crisis. It’s his personal flight from responsibility, smothered by a fatal, progressive disease he can’t control. This is a killer role and the part Washington has been working toward, ever since he played a likeable army private in A Soldier’s Story…

This concludes critic’s choices for the 2012 festival.