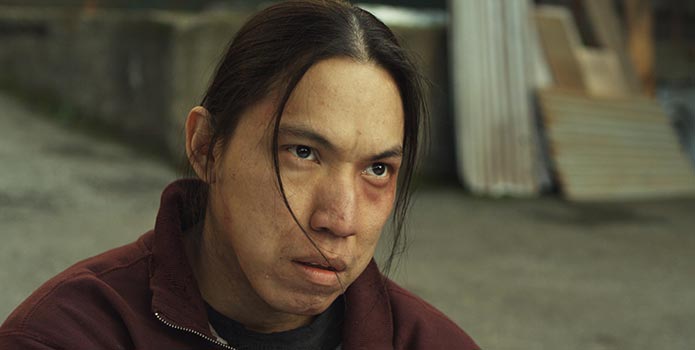 From "The Dancing Cop," a short by Kelvin Redfers that played at TIFF.

Sometimes it’s difficult to see beyond the flashing bulbs, glitz, and glamour of a high-profile film festival like the Toronto International Film Festival, or TIFF. There’s no shortage of star power and tent-pole films. Even the top indie features have to fight to get noticed and are the unsung heroes of festivals.

There’s another kind of film that lurks in the shadows: shorts. The form allows for more experimentation, risk, artistic exploration, and freedom from financial constraints than their lengthier counterparts. Some are animated, others are documentary-style. Some explore issues within religion, politics, and society. Others are happy to entertain or experiment with their form.

For some filmmakers, a short is a platform through which they can get their feet wet before making a feature, but look closely and you’ll find names such as Charles Officer (100 Musicians) and Trailer Park Boys creator Mike Clattenburg (Crackin’ Down Hard)—both of whom have done feature-film work and are clearly drawn in for other reasons.

With this year’s Short Cuts Canada program, TIFF invited Canadian filmmakers into the festival experience—and gave cinema-goers a chance to see something new and different via six curated programs. The Independent caught up with some of these filmmakers at TIFF. We asked them: What did making a short film allow you to do that a feature could not? Below are their answers:

The most direct answer to your question is that it allowed me to make the film, period. One that I felt really good about, which is any filmmaker’s goal. Is it possible to make a feature in a day, with a crew of five for a nano-budget? Possible, I suppose, but unlikely. With my film, I was able to go from conception, to pre-production, to filming, to post-production, to finished copy within a matter of weeks, something you can only really achieve with a short. Features take much more time and need a lot more support, be it financial or not. Making a feature is like making a great wine, it needs an experienced skilled hand and time to mature. A short is like one really great cocktail. You just need a few balanced ingredients, it can be made quickly, can be fully satisfying and sometimes leave a better taste in your mouth. In this case, all the stars aligned and I’m very pleased with the finished product and needless to say, really happy it screened at Cannes and TIFF.

Short answer: Breathe.
Long answer: With a feature length production, you have all matters of marketing and producing to worry about. You have much more pressure. Everything is more intense. And I find as the production wears on, after those first few days even, a sort of energy drops out of the thing and it becomes a different kind of effort, more like a job. With a short you have a short time, with me it’s usually one day, after much rehearsal, and it’s a very special day, and you record that special day. I like that. And also, whether or not anybody saw our shorts at TIFF, it’s the prevailing format today. People watch three-minute clips much more than feature films. So I want to play to that audience and try to make a special three minutes, a bit like taking a still photograph with film. Make it special again.

To me, a short film lets you experiment mise-en-scène in a wonderful way. I feel that a short film allows me to elaborate [on] new ways to tell a story in so little time. Through short films, you have to learn efficiency and creativity in your writing and directing approach. It’s such a great exercise because it’s hard to captivate and make people identify with a character in such short time.

While my film was only four minutes long, it took almost a year to develop and produce. It was a highly stylized piece that depended on very precise choreography of actors, sets, props and music. It was a great opportunity to fully execute an aesthetic that was very design-driven. The amount of detail and precision that I put into Model would not have been sustainable over 90 minutes. Well, at least not without a billion dollar budget.

I was able to take a little more risk with a short film. With a feature, often you need quite a bit of financing, so you have to be wary of where your profitability will come from. Since this film is only seven minutes long, I felt I could be a little more adventurous in my subject matter, to have the film be a little more off-the-wall, and to have it be about a topic (Aboriginal people and police officers) that maybe wouldn’t have worked with major financiers, especially because the film is also a musical. Since we weren’t working with a huge budget, we could be a little more eccentric in our story and in the telling of it. And so far it’s paid off, as we’ve been getting great responses so far from audiences and film festivals!