Michele Meek talks with director Keva Rosenfeld about his decision to re-master his 1987 original. 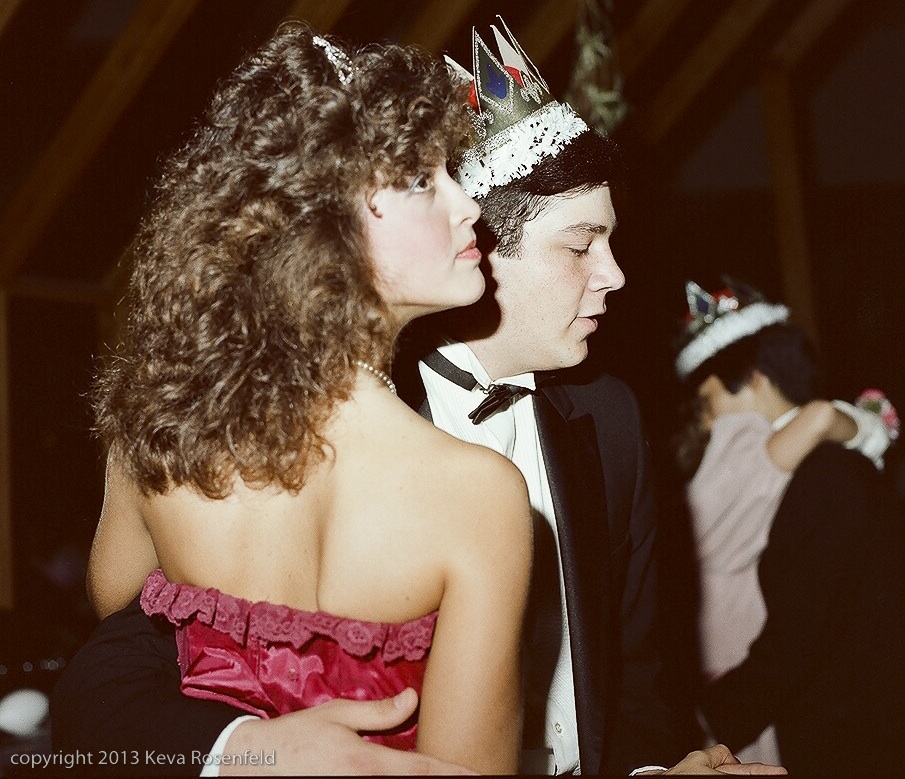 Is this how we remember high school? Photo courtesy of Keva Rosenfeld.

The 1980s are the new 1950s. We have entered an era where big hair, landlines, and nightly news feel as remote and charming as poodle skirts and soda shops did in Back to the Future.

Perhaps this nostalgia partly explains the resurging interest in Keva Rosenfeld’s 1987 documentary All American High, which chronicles the 1983-1984 academic year at Torrance High School in California through the eyes of Finnish exchange student Rikki Rauhala. Throughout the film, Rauhala muses over teen behavior in an American high school with a foreignness that both contemporary teen and older audiences might also experience when watching this film now.

The film, which was nominated for the 1987 Sundance Film Festival Documentary Grand Jury Prize and aired on PBS in 1988, has recently garnered a renewed interest. The remastered film had its theatrical debut in a double feature with Fast Times at Ridgemont High last summer and has been booked for screenings ever since. The film will also show in the 2014 South by Southwest Film Festival (SXSW) as part of a program with the Austin Film Society.

Rosenfeld originally shot the film on an Arriflex 16RR using the short ends of film reels that had begun to overfill the stock refrigerator where he worked. He was inspired by the verité style of films like Frederic Wiseman’s High School (1968) and the CBS documentary 16 in Webster Groves (1966), as well as the embedded reporting technique of Cameron Crowe, whose insider account later became Fast Times at Ridgemont High (1982).

Students at Torrance High welcomed Rosenfeld and co-producer Linda Maron into classrooms, parties, dances, and their houses. “We were in our mid-20s so we were not like their teachers or parents, and not like them, but in this in between where they could trust us. And because we were a couple, we were a safer unit,” Rosenfeld said. The resulting film feels unfiltered, as the camera captures conversations about sex, beer-guzzling parties, and classroom antics. “You have to remember, it was before there was any kind of savvy about what a documentary is. It was before reality television, before an awareness of what cameras can do. And I think the style, the interest of this film that exists now, is because it’s from an era when there wasn’t a lot of hamming for the camera.”

In 2013, Rosenfeld decided to re-master the original film that he himself had not even watched since the late 1980s. “I decided to do the transfer without looking at the film because I knew if I looked at it, I would have been too critical and would have aborted the process,” Rosenfeld said. “And then I saw it and thought, it’s not bad actually; it has a different feeling now. I transferred it instinctively without knowing its value.” Since then, Rosenfeld has begun to reconnect with several of the characters in the film in order to put together footage for an update, all while the film has experienced a re-release of sorts.

“It plays better than it did years ago, actually,” Rosenfeld said. “I had thought the people who lived through that time would be interested from a nostalgic point of view, but young people being interested in it has been the biggest surprise. They look at it as a piece of entertainment with characters. To them, it’s just a movie.”

And no wonder, since the film portrays a cast similar to teen comedies of the 1980s—the stoner criticizing the school’s approach to mock marriages; the enterprising teen who develops a scheme of charging classmates for entrance to his parties while his parents are out of town; and the 1980s teen girl who can be both class president and a cheerleader.

The film begins with a montage of the new school year—the national anthem, rows of lockers, students settling into new classrooms, band practice, and football games. The first full scene puts us in the gymnasium where teachers and students have gathered to announce and applaud the pep squad and lettermen. There, Rikki Rauhala receives an honorary award due to her expatriate status, and she reflects through her voiceover how she much she felt like an “outsider” at that moment: “I felt really lonely standing there—a flower in my chest and in front of all these students. Without knowing anybody, there was nobody hugging me. I felt really pretty bad…I just remember my thought that I wish I would be part of them,” she narrates.

The film thus follows Rauhala’s trajectory from unknown exchange student to best friends with Lisa, the ‘popular’ girl—cheerleader and class president—who guides her through life in an American high school.

Some of the press at the time of the film’s original release argued that the film exposed some weakness in the American educational system, but Rosenfeld said that was not his point at all. “If the goal was to show the rotten educational system, I would have shown much more aggressive footage,” he noted. He said he sees high school life as a “rite of passage” and observed that, “This is just part of how we’re processed to become adults—that’s without judgment, that’s just a fact. In America, a lot of it is social, so my interest became more about the socialization than the education.”

The film portrays the incorporation of the social into the academic—we see students dissecting frogs, learning to use ‘word processors’ and engaging in political discussions, while we also see them enjoying surfing lessons and playing video games during school. Ironically, Rosenfeld noted how many adults seeing the film today tend not to criticize how overly social school in the 1980s seemed, but rather they ‘mourn’ the loss of socialization in today’s more ‘competitive’ academic system. According to Rosenfeld, one viewer commented at a recent screening that it seems the early 1980s were the last generation where you could really be a teenager, or at least a certain kind of teenager.

Throughout the film, Rosenfeld incorporates what feel like iconic scenes from an American high school in the 1980s—a mock marriage ceremony overseen by a teacher wearing an enormous heart and arrow costume (followed, of course, by discussions of divorce); the class president who dons a cape and crown as she walks arm-in-arm with her father through rows of students who bow to her as she passes; and Rauhala, who layers on the blue eye shadow and pins a corsage on her date’s jacket in preparation for her senior prom.

Perhaps what makes All American High so appealing in 2014 is that it represents a formidable nostalgic notion of high school in the 1980s. As Frederic Jameson argues in Postmodernism, or, The Cultural Logic of Late Capitalism (Post-Contemporary Interventions)

, pastiche, or imitation without an original or referent, has become emblematic in postmodern art, film and culture. In other words, films can become nostalgic for audiences even when they in no way embrace historical accuracy so that nostalgia films are more likely to represent an idea of the past than an actual past.

Having been a high school student in the 1980s, I can personally attest to the fact that All American High shares little overlap with the facts of my own experience. Attending an all-girls catholic high school in Connecticut, I attended few parties and had fewer dates. My closest encounter with alcohol was swiping a swig from one of our parent’s liquor bottles at a sleepover. Our school had no cheerleaders, and thus, no homecoming queens and no pep rallies. We wore uniforms and had nuns as teachers, and our graduating glass consisted of 23 girls. That said, as I write this, I feel myself turning toward some alternative nostalgic vision of high school—another retrospective look that can never quite capture the materiality of that moment.

In talking to Rosenfeld, it turns out that he too did not share the All American High teen experience. “All the pageantry of high school was at my high school but I didn’t partake in it. I was not part of that popular group that Rikki fell into—I didn’t go to my prom; I didn’t go to my homecoming. I got to do it when Rikki did,” Rosenfeld said. “It was a semi-longing and appreciation for it. There’s just something kind of sweet about all that spirit. Some of those images are so iconic, and all the high school tropes are part of it. We grew up with those images of the student body president, the homecoming queen. It feels like I should have been part of it because I’m American, the same way you put a flag out on the fourth of July.”

In fact, because of its depiction of those tropes, and the desire to fit in that seems inseparable from the American teen experience, All American High probably feels more real today than it did in 1987. As such, it becomes a nostalgic film not only for the people who lived it, but the generations that have come since and those of us who somehow missed it even though we were there.

All American High screens at SXSW on March 9th at 4:30 pm and March 12th at 2 pm
at the Marchesa Theatre in Austin. See the trailer for All American High here and keep up with future screenings on Facebook.