Senior film critic Kurt Brokaw weighs in on the unalloyed wonders (and one stubborn fault) of "Boyhood." 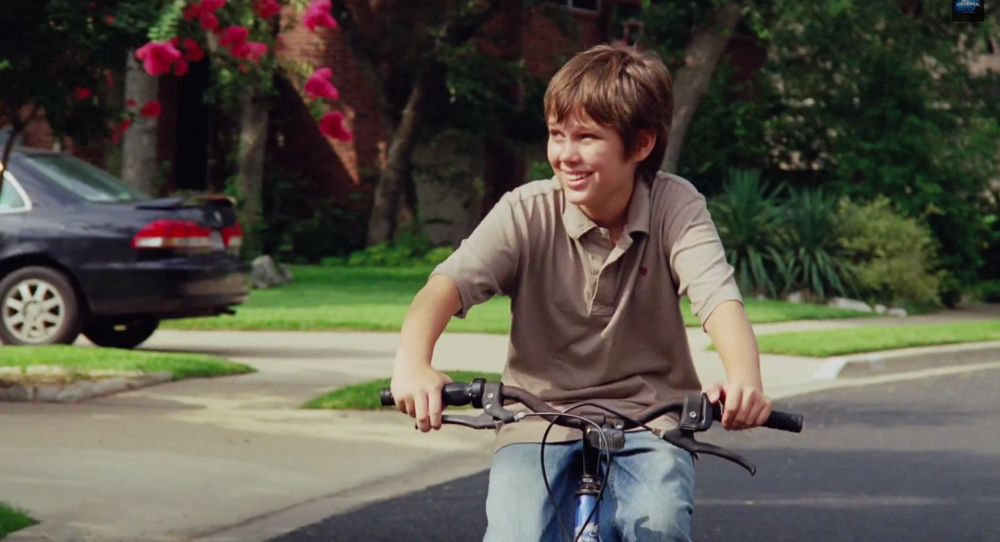 Boyhood is a cinematic magic trick that keeps you rubbing your eyes in disbelief. In two and a half hours you watch 12 dramatized years in the lives of a Texas family—a 6-year-old boy, his 9-year-old sister, their ever-striving mom, and her three marginal partners.

Movies have traditionally aged characters by artful makeup, by having their roles played at different ages by different actors, or by fancy and often obvious computer-generated effects. Boyhood works as seamlessly as a novella you read in one sitting, using the same characters filmed in brief dramatic moments over a 12-year span. No doubling, no makeup effects, no turning calendar pages, no inter-titles signaling the passage of time. The same cast performs as it ages from elementary school to college, from early parenthood into early middle age. As crazy as it sounds, Richard Linklater, already one of America’s most persistently inventive independent filmmakers, has made movie history with the longest real-time dramatic memoir.

Linklater leaps over Michael Apted’s admirable Up series of documentaries, in which we’ve followed a dozen British subjects from their 1960s childhoods, every seven years through their mid-lives. Apted’s latest chapter, 56 Up, continues a series we revisit with pleasure as the subjects’ lives and ours advance with time. Linklater easily exceeds Michael Winterbottom’s Everyday (2012), which explored the effects of a Scottish husband (John Simm) imprisoned for five years while his wife (Shirley Henderson) and their four children age in ways similar to Boyhood’s concept. Linklater also eclipses his own Before trilogy (Before Sunrise, Before Sunset, Before Midnight) in which a husband/wife played by Julie Delpy and Ethan Hawke play out their meeting, romance, marriage, and parenting, and which we’ve viewed with equal curiosity and attachment in 1995, 2004, and 2013. None of these imaginative concepts can fully prepare you for the experience of immersing yourself in a churning and often dysfunctional family struggle to successfully hold itself together (sometimes with scotch tape and paper clips) over more than a decade, all for the price of one movie ticket.

Working from his longtime base in Austin, where he co-founded the Austin Film Society in 1985 with Boyhood’s cinematographer, Lee Daniel, the director first cast a local child of parents in the arts, Ellar Coltrane, to play the main character Mason in 2002. Linklater wisely recruited his own daughter, Lorelei Linklater, to play Mason’s quick-witted sister, Samantha. He talked Patricia Arquette and Ethan Hawke into playing their parents; both agreed to plan their schedules so they could return to Texas locations for a week of shooting each successive year. In what has to be the indie coup of the millennium, Linklater convinced IFC to bankroll the entire decade-plus of production… not having any assurance of what they’d end up with, or whether they’d end up with anything at all.

What if Coltrane or his parents had walked away from the whole project halfway in? What if Lorelei decided she’d had enough of dad’s endless scrapbooking of her childhood? What if Hawke grew weary of watching himself losing his movie-star looks and persona not just in just one movie series, but two? What if Arquette really disliked aging from a trim, lithesome beauty into a stout, worn and cranky teacher? What if IFC changed management or went out of business? All of these questions may cross your mind as you watch this ineffably touching chronicle.

The assembled storytelling isn’t exactly even that. We need to find a more precise descriptive: What Linklater has put together is a new kind of narrative that ad-man Eric Weisberg has tabbed “story-doing.” As Mason transitions from childhood into adolescence into maturity, we observe the boy experiencing familiar milestones—studying raccoons and snake vertebrae, becoming expert at Game Boy and Wii, trying to bowl without bumper guards, getting a buzz-cut at the barber’s, lining up on Halloween in costume to buy the latest Harry Potter volume, playing Oregon Trail on his iMac, giggling over lingerie models in a Sears Roebuck catalog, blowing steam with other salty-mouthed boys over the girls he’d like to have bedded… finally sleeping with a savvy girlfriend (Evie Thompson) who seems miles ahead of this shy southerner. Hawke’s Mason, Sr. accompanies some of these occasions in his black GTO, swiping John McCain signs from lawns, taking Mason camping and to an Astros game with Roger Clemens, explaining a mix tape of Beatles’ solo albums, admiring his son’s handsome paintings and delicate still-life photos. Linklater’s soundtrack paces the years and moods with songs by Coldplay, Weezer, Daft Punk, Arcade Fire and other carefully-curated bands.

The one constant in Mason and Samantha’s lives is their mother, Olivia (Arquette). She’s a micro-manager and a disciplined striver (“homework and chores, chores and homework” is her forever mantra), but her strength in finances never outweighs her weakness in romances—Olivia’s crippling vulnerability is for weak men she thinks her love will strengthen.

She marries Mason Sr., sensing he’s an incurable romantic who’ll set off for Alaska to find fame and fortune as a singer/songwriter, leaving everyone adrift in Texas. Hawke is still playing the same swaggering goofball he assayed opposite Julie Delpy in the Before series, the winsome seducer “with a Trojan in my billfold and a rocket in my pocket.” You can understand why Olivia dumps him for the community college psychology prof (Marco Perella), but that guy turns out to be a chronic drunk and abusive rage-aholic. Ouch. Olivia moves the kids a city away and is next drawn to Jim (Brad Hawkins), a war veteran with a damaged look and anger management issues. Jim takes one look at Mason’s black fingernail paint and stares at the boy like roadkill. Jim finally exits, too, leaving Mason Sr. to dutifully return for his son’s high school graduation.

Linklater’s singular achievement (with keen collaboration by editor and co-producer Sandra Adair) is the coherent story-doing they’ve cut together out of 40 shooting days and well over a hundred scenes. Boyhood starts and stays with 35mm film, bless its heart, and there are vignettes with elaborately choreographed camera moves—this is never a picture shot on the cheap. For a movie with 4,207 days of writing, planning, and preparing, it has nary a trace of the arty cosmic pretension that finally sank Terrence Malik’s The Tree of Life, another family saga shot in Texas.

Boyhood’s one annoying flaw, and it bears some consideration, is its relentless portrayal of most adults as cartoonish, clueless, oafs. This has been a pattern in adult/youth movies that extends back to James Dean’s parents (played by Jim Backus and Ann Doran) in Nicholas Ray’s Rebel Without A Cause (1955). It’s also part of Antonioni’s portrait of dumber-than-dumb grownups in his counter-culture train wreck, Zabriskie Point (1970); James Gandolfini and Molly Price’s cheesy mugging in David Chase’s Not Fade Away (2012); Gia Coppola’s current array of adult boneheads who clutter her artfully fashioned Palo Alto, oblivious to the heavy-duty drinking and doping their kids are slippery-sloping into. The list is perennial and regrettably Boyhood joins it.

No wonder youth don’t want to grow up to become the adults they (and we) are forced to view in movies. Arquette’s regimented mom? Hawke’s deadbeat dad? The out-of-control alcoholic jerk Olivia marries? The hard-drinking war vet/corrections loon she commits to next? Mason’s school photography teacher, maybe the flimsiest cardboard cliché since Murray Hamilton in The Graduate? Mason’s fast-food boss, who comes on like Jeff Bezos lecturing you on climbing the corporate ladder? Even Mason’s grandparents, who hand him a rifle and a Bible for graduation… The boy looks so, so ready to be leaving his home base at long last.

One adult who Mason gratefully acknowledges is an elderly woman supervising him as he packs up his photo exhibit for college. She encourages his work and admonishes him playfully, “don’t forget to floss.” The line may or may not be a tribute to a rock legend (not on the soundtrack) who says the same thing all the time to her fans, and she’s really serious about it: Patti Smith.

Boyhood is the opening night selection on June 18 at the 6th annual BAMcinemaFest in Brooklyn, June 18-29.