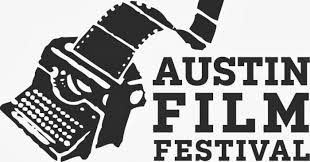 The Austin Film Festival and Conference was held this past month in sunny, hip, Austin, Texas. It was my first time at the festival, and it was a thrill. Thinking of going? I hope you like barbecue.

First off, the festival had booked a phenomenal set of panelists. Quite often, there’d be up to a dozen panels running concurrently which meant that my biggest problem was deciding whether to attend the panel with Tom Schulman (Dead Poets Society), Linda Woolverton (Beauty and the Beast, The Lion King, Maleficent), Craig Borten (Dallas Buyers Club), or Matthew Weiner (Mad Men). Inevitably, I missed some great speakers but the panels I attended were still creative juggernauts for the mind. The festival organizers asked that attendees refrain from taking photographs of the panelists.  However, I took a lot of notes at the panels, and I’m pleased to share some with you.

For the most part, the panelists discussed a broad array of topics, relating to the craft and business of screenwriting. I’m reminded of a talk David Magee (Finding Neverland, Life of Pi) gave at Emerson College once, in which he said that if you asked 100 writers how they broke in, you’d receive 100 different answers. While that’s true, the AFF helped me discover some commonalities to every writer’s experience, which I take as encouraging.

The first panel I attended was with Richard LaGravenese (The Fisher King, Behind the Candelabra, The Bridges of Madison County), Michael H. Weber ((500) Days of Summer), and Vanessa Taylor (Hope Springs, Divergent, Game of Thrones). The theme of the panel was Romancing the Screenplay, including a discussion about writing the process of romantic love into a script. Here’s my top four tips from that discussion:

I then attended a round-table discussion in which I was able to speak with Danny Rubin (Groundhog Day), Jason Headley (It’s Not About the Nail), and Vanessa Taylor. Headley mentioned how Michael Arndt’s (Little Miss Sunshine, Toy Story 3) work had influenced him, especially with regards to character stakes. It was the first time I had heard mention of philosophical stakes in addition to external stakes (plot) and internal stakes (theme). If external is the pursuit of the tangible goal and internal is the emotional goal, then philosophical refers to the values of the wider community versus the individual. We discuses how these can be reconciled and whether they need to be at all.

The next panel I attended was held with John August (Big Fish, Charlie and the Chocolate Factory), Franklin Leonard the creator of The Blacklist, and Ilyse McKimmie the Feature Film Program Director at Sundance Labs. They went over the first three pages of a few competition scripts and discussed what made them want to read the remaining 90-100 pages. While a lot of good tips were thrown at the audience, my biggest takeaway was the idea of energy. Namely, scripts need to have it. Sounds obvious, right? But even in my own classes back in cozy New England, it astounds me how often my students will write in a scene in which a character sits and thinks or sits and studies or naps or sleeps. Keep us moving! It’s lights, camera, action! Not lights, camera, sit! Film is a visual medium and should be written as such. Three other great thoughts from that panel include:

My next panel was with the venerable Tom Schulman. He spoke of working with director Peter Weir and how they encouraged improvisation among the cast of the film. On writing, Schulman encouraged us to “trust your instincts amidst the pressure” and to ask ourselves “what does it mean to rebel?” I think you can expand that even further and ask yourself, “what does it mean to ____?” where the blank represents the theme of your film. In Dead Poets, since it refers to rebelling, how do characters show their resistance to change?

The following panel was about development hell and featured Craig Borten, co-writer of my favorite film of 2013, Dallas Buyers Club. Did you know that from concept to finished film, it took 20 years for Dallas Buyers to be made? Borten’s persistence and patience paid off, but it was a sobering reminder of how difficult it could be to achieve any measure of success. Borten discussed writing characters who were outliers and yet how important it was to show them going about their everyday tasks. Of course, how you and I perform everyday tasks would be quite different from how Dallas Buyers’s Ron Woodroof would do it. Borten also cautioned against excessive sentimentality and discussed how characters are often defined by their fates: how it took a death sentence for Woodroof to really begin to live. “A decent character,” Borten said, “will never run out of plot. Make the mundane interesting.”

The following morning, I attended a panel on comedy writing. The panelists included Steve Faber (We’re the Millers, Wedding Crashers), Phil Rosenthal (Everybody Loves Raymond), and Ed Solomon (Men in Black, Bill & Ted’s Excellent Adventure). It was a lively, and hysterical, discussion. Notes of note include:

The next panel included Tom Schulman, Craig Borten, and Jim Uhls (Fight Club). The panel’s theme was Status Quo and how characters attempt to fit into and/or subvert it. Takeaways:

The following discussion I attended was with Linda Woolverton, the screenwriter behind Beauty and the Beast, The Lion King, Alice in Wonderland, and Maleficent. The panel topic was Heroes, Villains, and Happily Ever After. Ideas from this panel included:

I then attended a talk entitled “Writing Relatable Space Raccoons” with Nicole Perlman (Guardians of the Galaxy). She mentioned how important it was to write down as many ideas as possible, to pay attention to how characters grow together, and ultimately how vulnerability leads to compassion for not only heroes but also for villains.

My final panel was with Mary Coleman, senior development executive at Pixar. It was a hands-on panel, by which I mean that the attendees actually moved about to define signature gestures for ourselves as well as for our characters. A signature gesture is an integrated element, a repeated action a character performs that helps to define a core characteristic. Examples include “Cross your heart!” in Up and WALL-E’s desire to hold EVE’s hand in WALL-E. Signature gestures reinforce that films are visual, and that it’s important to write for the eye rather than the ear. This was an enjoyable workshop, and it was nice to stand up and perform after so many seated discussions.

Overall, I was extremely impressed with the Austin Film Festival. If the hard part is choosing a panel out of so many awesome ones, then they must be doing something right. Quite often, some panelists would appear at the hotel bar, available to talk to any attendees. Even better, everyone in attendance was united by the desire to tell the best damn stories we possibly could. I met some terrific fellow writers and I look forward to keeping up with their endeavors as well as hopefully working with them on future projects.

My action drama sci-fi script, Seize the Sky, was a second-round selection in the screenplay competition. I had heard a terrific podcast on The Handsome Timmy D Express with screenwriter (and Austin alum) Mike Sundy. He had great advice for Austin attendees, but what stuck with me the most was his emphasis on horizontal networking, as opposed to vertical networking. This is the idea that you’ll gain more creative and professional traction from connecting with people at the same professional level at which you are (i.e., other filmmakers with official selections, other second-rounders, other semi-finalists) than with people at professional levels above you (i.e., the writer of Groundhog Day, the writer of Guardians of the Galaxy). I took this to heart while attending the festival, and it was the right way to go.

While at Austin, I came up with an idea for a feature script as well as a pilot. It goes to show, I suppose, that in spending time with the inspirational, you can’t help but take a little inspiration for yourself. If the lessons of the AFF are to write, collaborate, and cheer each other on, then I aspire to continue. And in true Austin Film Festival spirit, let me know if I could be of any help on your projects!