Dana Knight sits down with actor Yorgos Pirpassopoulos, ahead of his time in Chevalier. 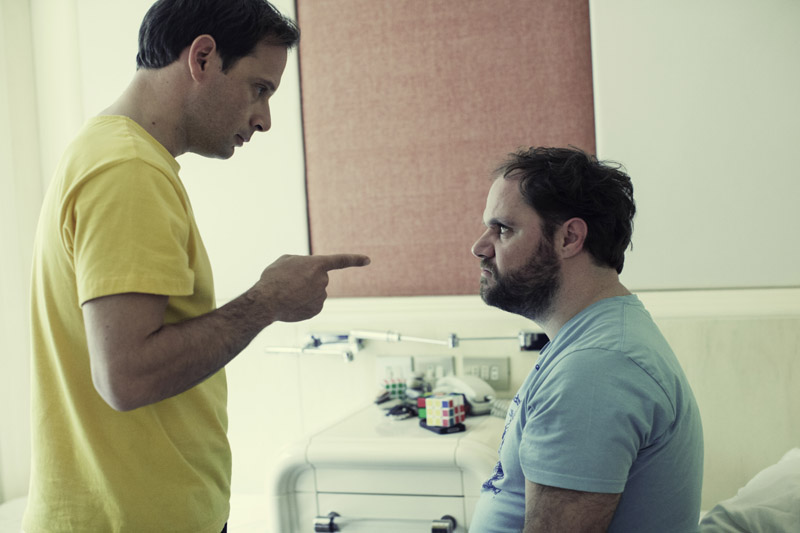 Born in Adelaide, Australia, Yorgos Pirpassopoulos moved to Greece at a young age before attending the Royal Academy of Dramatic Arts (RADA) in London. His latest work, Chevalier, is currently playing at the 53rd New York Film Festival.

Dana Knight: How did you work with Athina Rachel Tsangari and the other actors on this film? I know you are all from different professional backgrounds, you being a famous theater actor.

Yorgos Pirpassopoulos: I have to say that the whole process from rehearsing to shooting was really fascinating, enjoyable, challenging and difficult. We were rehearsing in the actual location, which is rare. We were all open to bringing our own ideas and suggestions based on our characters attitude. Although we rehearsed beforehand I had a feeling that everything could change at any moment and that added a lot to the film. New things would occur and others where taken away. I remember one day I had off, for half of the day, and I went swimming. Athina was preparing for shooting on deck and saw me and started to film me swimming. One other time Makis Papadimitriou, who played my brother, was fishing from the yacht and that moment was filmed as well. Shooting in winter on a boat with us and the crew in a really restricted space was challenging. It required  an economy of moves, plenty of concentration, and control of temper. The fact that we all admired, trusted and believed in Athina made us really open with each other and we developed a relationship that brought us closer, we were joking with each other most of the time.

DK: What did you think of the subject matter? Athina said some male viewers felt uncomfortable watching the film. What would you have to say to them?

Pirpassopoulos: I think the subject is really open to a lot of interpretations regarding human behaviors, existence, and functioning in a community as a human being. I had no idea at the beginning how this would end up as a complete film. I believe that the audience can see all the basic elements of a male personality. The needs, the insecurities, the sensitive or feminine side, the masculine side and the addictions. After watching the film I realized that one of the things I like is that I can sympathize with every character because I can see their vulnerabilities and I can understand their behavior. To the viewers that felt uncomfortable, I would tell them to think of the things that annoyed them and really ask themselves the real reason for this reaction.

DK: What did Chevalier mean to you? Did you perceive the text as very subversive to traditional notions of masculinity?

Pirpassopoulos: Chevalier, for me, is about finding a reason for self-justification and also a need to connect and be accepted. These guys are desperate for reassurance whilst also thinking, “I am the best.”  Regarding the notions of masculinity, I think it is subversive. The situation causes childish behavior, and it shows they are not really mature, despite them trying hard to prove the opposite.