Lessons Learned from DocDay, ITVFest, and the Salem Film Fest 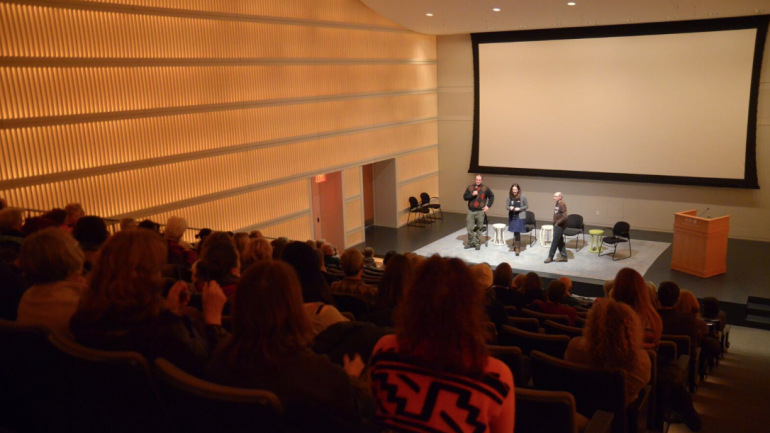 At a recent event, a fellow filmmaker asked me if there were any documentary funders in the room and then split when my answer was no. To me, that seemed absurd—making a film requires access to a variety of different resources and people. And although you may not think someone you’re talking to is “important” for your project, you don’t know who they might know. Plus, any opportunity to pitch your project means that you will be more practiced and better prepared to field questions when the time comes for you to make a pitch that counts.

This year, I’ve had the perhaps unusual opportunity both to hear pitches and to make them. I served as a juror on the Doc-a-chusetts Pitch event at the Salem Film Fest, and I hosted a NewEnglandFilm.com Pitch Room at the Independent Television Festival (ITVFest). Then, I sat on the opposite side of the table at Stowe Story Labs’ DocDay, where I pitched my own documentary project to independent producers and industry mentors from Tribeca Film Institute and Seed & Spark. Over the course of four hours, I tweaked and improved my own pitch for each new industry mentor. This experience along with hearing and providing feedback on dozens of documentary and fiction film pitches over the last year has amounted to what feels like a master class on pitching. So here, I offer a few tips based on what I’ve learned.

You’re at a party. Someone discovers you’re making a film and immediately asks, “What’s it about?” Here’s a great opportunity to practice your pitch. You should be able to answer that question in about three to five sentences (a minute or two—absolutely no more). Yes, that’s brief, and your project is so much more than that. But your first goal is to provide a clear and concise “teaser” or overview that entices the person to want to know more, hopefully provoking a question or starting a conversation.

There are times, such as a pitch event like Doc-a-chusetts, where you have a longer time (maybe even 10 minutes) to pitch. Even in these situations, you want to give a taste of your project through a brief, compelling clip as well as your own narrative about who you are, what your project is, and what you need to continue or complete it.

Tip No. 2: Make it clear, make it unique, and make it relatable.

People hearing your pitch typically want to like it. I know I always do. It’s much more pleasant to have someone tell you a coherent and relatable concept than to watch someone bumble their way through confusing bits and pieces of their project. Often someone would spend several minutes pitching a project, and I would still not be clear on the genre, the medium, or the status of the project. How can I know that you’re making a short documentary web series and already have shot and edited two episodes, unless you include that in the pitch?

It also has to be unique. This tip has less to do with your pitch, than your project, but you should be able to explain why this project needs to be made now and how it is different than anything that has come before. Think of your project from the listener’s point of view. Why should I find it compelling? It’s usually not good if your pitch sounds like something we’ve seen or heard before. You need to be able to express the unique angle of your particular idea.

Your unique angle should also convey how this project relates to me, the listener. How will an audience connect with your project? How is it timely and important to them? What can you say to demonstrate how your project is different and how it will find a committed audience? 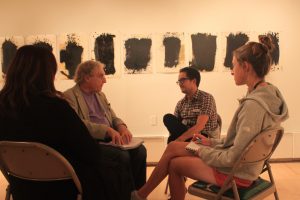 One of the most common questions the industry mentors at DocDay asked was, “Have you made a film before?” Most of us (myself included), at first, failed to convey how we were already experienced filmmakers with successful projects. Clearly, this is vital information—a project by a producer or director who has already completed and, in some cases, successfully screened and distributed another project will be immediately more compelling. The same advice applies if you have experienced collaborators since that too adds to your credibility.

When someone says, “Wow, sounds like a great project. Good luck with it,” and walks off, you might feel like you’ve succeeded. Sometimes, that’s all you need. But more likely, you want something else—more Twitter followers, a producer, archival film footage, funding, or some advice. One filmmaker, Rob Rafferty, who came to the NewEnglandFilm.com Pitch Room at ITVFest pitched his project Welcome to the Muck, mentioning his upcoming project screening, which led to one judge in attendance that night.

But, again, no one knows what you need unless you make that clear in your pitch. So it’s essential that you state exactly where you’re at with your project and what you need to move it to the next phase. I suggest having a card with the film’s website, so someone can see the trailer, subscribe, or contribute. Of course, make sure you have an impressive website.

At the Doc-a-chusetts Pitch event, this question came up several times. Every filmmaker pitched for the opportunity to win a $5,000 post-production grant from The Outpost at WGBH, so as jurors our consideration was not only the quality of the project presented, but also whether the project would benefit from this particular assistance.

Practice will help you improve your pitches, but only if you pay attention to the repeated questions or comments that come up. It’s like writing. Writing is making a draft and then editing, and then editing some more.

Most likely, you could always improve your pitch. I know that I can still improve mine.