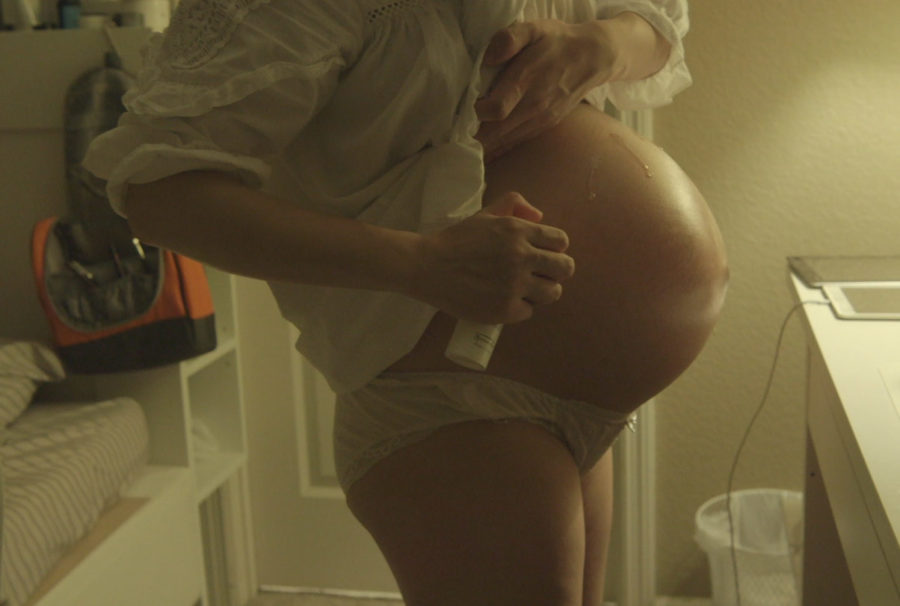 Leslie Tai is an emerging Chinese-American filmmaker from San Francisco. After graduating from UCLA with a B.A. in Design Media Arts, Tai moved to China in 2006. From 2007-2011, she made and exhibited films as an artist of Beijing-based independent art studio, Caochangdi Workstation. The studio’s an independent art space helmed by Wu Wenguang. He’s considered to be the founding father of the independent Chinese documentary movement. Her short films have premiered at Tribeca Film Festival, Visions du Réel (Nyon), International Documentary Film Festival Amsterdam (IDFA), and the Museum of Modern Art.

Her newest documentary project is called How to Have an American Baby. It delves into the booming, yet relatively unknown, trend of birth tourism. For some Chinese parents, the allure of the American Dream is strong enough to travel to the U.S. That way, they can give birth in America and gain citizenship for their child. A particular area of southern California has become a mecca for this practice. On top of that, an entire tourist economy has sprung up to support it. Aided by her familiarity with both languages and cultures, Tai takes the viewer where most reporters and documentarians could not go. She illuminates the intense allure and tension that new, modern desires can have on an ancient culture. David Pierotti spoke with Leslie Tai after she made The Independent’s 2018 10 to Watch list.

Tell us about your 2018 project, and what inspired your work on it?

I was born and raised in the U.S. but spent my formative twenties living and working in China. By day, I worked as an educational consultant, helping the kids of China’s elite get into top U.S. universities by distilling and commodifying “American values” for purposes of imitation. By night, I translated subtitles of underground Chinese documentaries that chronicled buried histories and silenced voices, so that they could reach a worldwide audience. So, mine was a China that made my head spin, made it hard to breathe, made my heart soar and break at the same time. And all the films that I have made starting from that period examine what this dizzying rate of change in society’s values and what kind of effect that has on the psychology of the individual. It is in that space in between where desires are being manufactured so rudely and blatantly and the illusions that they become susceptible to the American Dream that inspired me to throw myself headlong into this project. 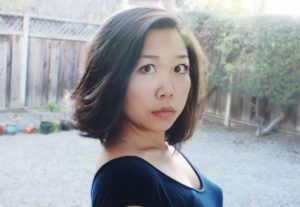 How did you find out about this community of birth tourism?

A dear friend and filmmaking colleague of mine from China called me up one day, a few years after I had returned to the U.S. I asked her what she was doing here, and all of a sudden it clicked. I knew she had always dreamed of going abroad. Now she was here to get U.S. citizenship for her baby. She told me she was staying in a place known in Chinese as the “City of Big-Bellied Women” — a city overrun with pregnant Chinese tourists that was so science fiction-like she said I had to make a film about it.

How do you think your experiences and familiarity with both cultures informed your ability to tell this story?

When I began my research, it was clear that the topic itself had already gotten some media attention. But what I found, after talking to a lot of people, was the issue of access. Chinese producers had attempted the story but were missing critical links to local American society. Americans tried to get in but lacked the cultural know-how and sensitivity. When we’re talking about women who are taking a lot of risks to do something so intensely private and potentially dangerous, with serious ramifications for their unborn and entire families, you don’t find many people who want to talk to you. But what it came down to was that these groups who had tried and failed had all been male. And we’re talking about a predominantly female-run industry. I think everything about me being a Chinese-American woman — I look Chinese, yet am unmistakably American, yet I speak near-native fluent Chinese. I get the Chinese mentality. I know what’s in it for them.

I think American viewers will be surprised to be placed in the shoes of the pregnant Chinese women and to see things, including American society, from their point of view. I hope they will be surprised by their empathy. I think Chinese (viewers) from China will be eager to find the real, practical information. They will first and foremost be after the curious details of… how to have an American baby.

What’s the first and/or most important thing you do to prepare filming a documentary like this?

I am a one-woman band, so there’s not much else I need besides time and money. But there are two people that I couldn’t have made this film without. My friend, whom I mentioned, who lent the project her credibility as insider. And my friend and producer Jillian Schultz, who said, “If you do this, Leslie, I’ll stand by you the whole way.” It helps that her Chinese reading skills are far superior to mine.  So, find a team of people who believe in you and your vision, and are willing to stick it through to the end, because the road is long, and you might be a lot older when you finish than when you started.

How did you build an audience or awareness for this project?

Participating in a number of industry networks throughout production and fundraising has been key to building awareness for the project, at least within the independent film community. Industry events such as Tribeca Network Market, IFP Spotlight on Documentaries, Women at Sundance Financing and Strategy Intensive were really invaluable in terms of the meet and greet. But more importantly, for just that one connection to that one person who really gets what you’re saying.

For me, documentary filmmaking is a collaborative process. We’re aiming to capture a fleeting, emotional truth in a poetic way — while it’s happening, but also while a million other things are happening. That’s a tall order and involves a tremendous amount of cooperation, from the people you are filming, and synchronicity, in your ability to see the divine intervention in all things, and a knack for predicting the future, so you can be there, ready, camera rolling.

In my experience, there is no way to do that outside of a real and deeply-involved relationship with the characters who appear in my films. As a rule, I think self-disclosure is the most important thing on the way to establishing trust and connection. They need to understand my ideals and my fallibility as a human before divulging their own. The story often reveals itself over time, but I pay attention to who I am drawn to. I trust that feeling and invest in that relationship, knowing that the truth will reveal itself.

What’s next for you?

Next up, I’m working on a couple of commissioned shorts that are more or less related to the themes set forth in this film.