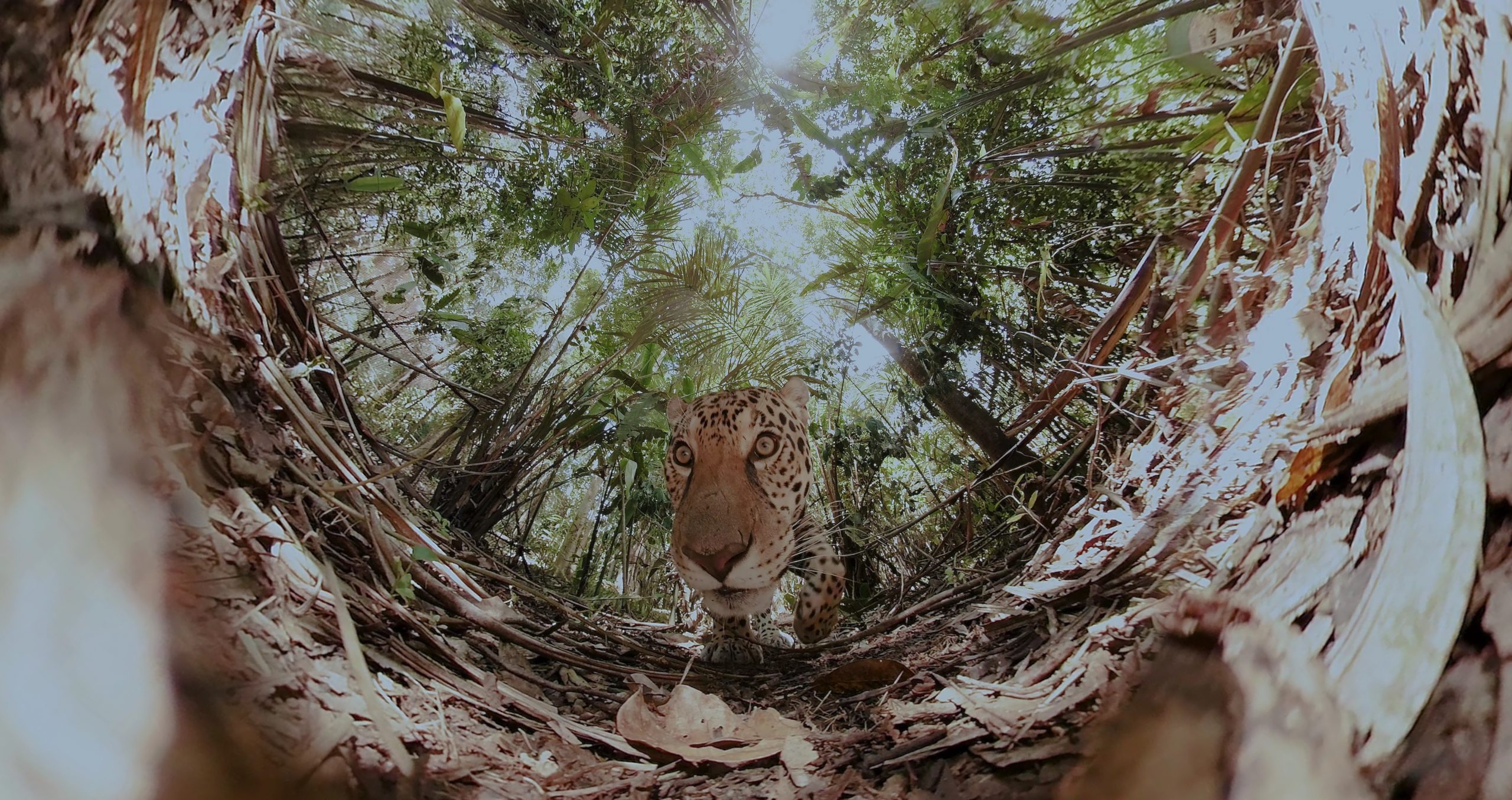 Before attending Sundance 2019, I had no prior experience of VR. Sure, I had heard of the term, but I didn’t know anything beyond the very basic concept. This made me that much more excited to enter the Fly Tech Lounge. As I waited for my turn, involving a seemingly innocent pop up experience, I sat next to a chatty guy who seemed to know a lot about VR. Soon enough, he introduced himself as Adrien Moisson, the director of The Wild Immersion endorsed by Jane Goodall. Despite my lack of familiarity, Adrien was excited to talk shop about VR, explored how new technology assists him in achieving his goals and provided me with an opportunity to travel the globe through a Lenovo Mirage headset.

As Adrien fastened headset around my head, I noticed it was a bit heavier than I had imagined, though there was plenty of padded space for my glasses, I popped the earbuds into each of my ears. Within a few seconds, I was in a room with Jane Goodall herself. Despite Jane’s instructions to look everywhere and be curious, I had to consciously get out of my passive role as a film-viewer. I wasn’t the only one who noticed my lack of movement because after a few moments Adrien had to remind me to move, too. Once I immersed myself in my travels, I completely lost all traces of the environment outside of the experience. The details were tremendous, everything was so crisp: snapping twigs, crunching leaves, and hundreds of hooves stomping through the snow. Nothing like a trip to the zoo, with sleepy animals pacing back and forth, but curiously rushing around with energy: flamingos flying high, jaguars and lions sniffing and pawing your face, a monkey reaching behind your ear, and giraffes so tall that they walk right over you.

As I took the headset off, the sound of the Fly Lounge resurfaced but the impression of The Wild Immersion remained. Adrien and I both agreed that this beat out our experiences going to the zoo, seeing these animals in their natural habitat, close and personal, and finally being able to interact with their beauty in ways many would never have the opportunity to. Although I always had a soft spot for wildlife conservation, I wondered how I got so emotionally connected to these animals within a few minutes. Adrien explained the connection and use of VR creates a level of empathy and wonder, this joy and enthusiasm are what he anticipates saving biodiversity and the future of humanity. I told him everything was coming together for me, VR is a powerful tool because it allows for you to change your reality, even if momentarily, but you are fully immersed, so the depth of experience and interaction goes far beyond a 2D film and leads to compassion.

Adrien smiled because I finally understood, I no longer saw VR as purely for video games. With my mind rushing, I asked him how you can film a VR experience, without hesitation, I took a quick guess: a 360-degree camera? Adrien and his crew did, in fact, utilize these cameras, though some shots were completed by drones, and often they directly placed the cameras in the animals’ natural habitat, with or without accompaniment. The entire crew traveled around the world, to each of the five continents featured, within 120 days to get these shots. Spellbound, excited, and ready for some more footage, he asked if I wanted to go under the sea.

After my deep-sea dive, I had to ask him, what was the purpose of VR outside of video games or, now, potentially functioning as an art installation. Adrien explained that for some directors, they will screen their films in VR theatres, but for Wild Immersion, he has bigger ambitions. Adrien anticipates screening The Wild Immersion in major cities in order to raise awareness by sending millions of people into nature. The proceeds raised from the screenings will be used to create wildlife reserves for animals to thrive.

The use of new and innovative technology has furthered Adrien’s passion to enhance the livelihood of animals. Walking away from this experience, I can only imagine where we can take this platform when applied across the board. Through VR, we can empathize and experience the lives of many, animals or humans, all walks of life. What Adrien taught me, outside of the importance of wildlife reserves, was that VR is exactly what it states: a reality outside of our own. VR is immersive to the point that there aren’t traces of panels edited together, every direction you turn is an extension of the world you are in, under your feet and above your head. I am excited to see where this goes and takes off for the visibility of those who need their stories to be told and lives to be experienced.

One Response to “The Wild Immersion: What is The Role of VR in Saving Wildlife?”