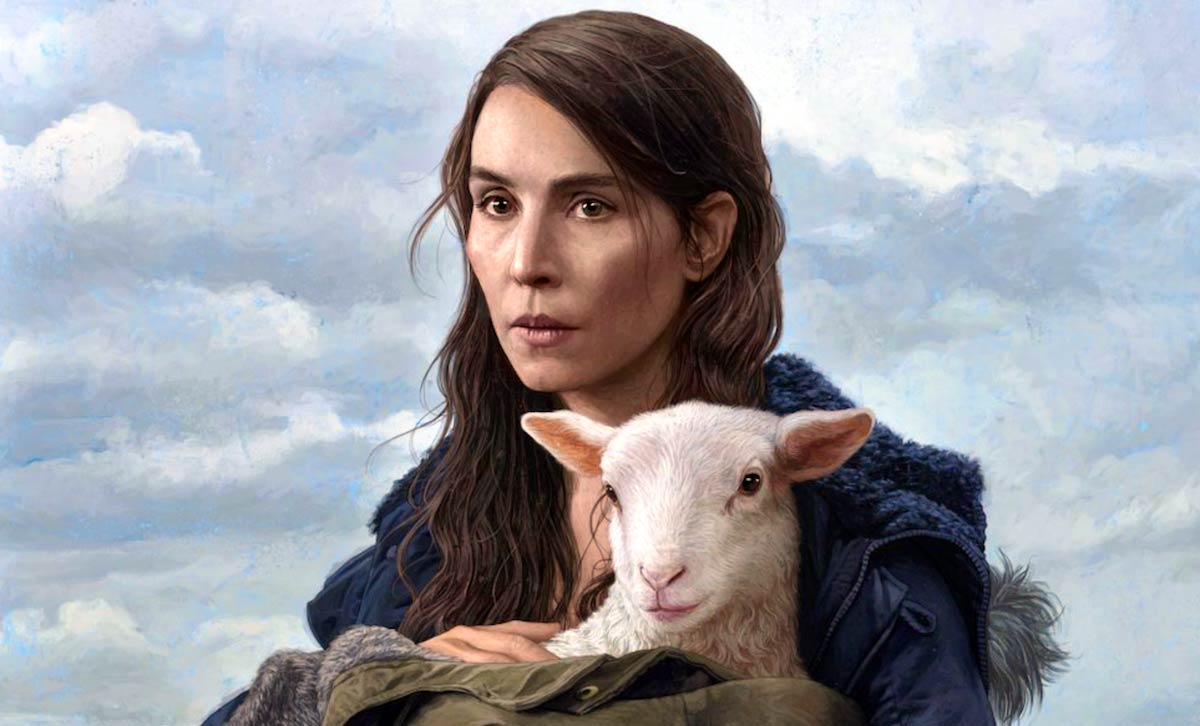 María and Ada from “Lamb”

“Lamb,” A24’s newest film, premiered at the Cannes Film Festival this past July and debuted in the U.S. on October 8. Written by Valdimar Jóhannsson, an Icelandic filmmaker, and Sjón, an Icelandic lyricist and writer, this film marks Jóhannsson’s feature-length directorial debut. Jóhannsson sticks to his roots, the plot, characters and cinematography of “Lamb” revolve around the natural elements of Iceland. 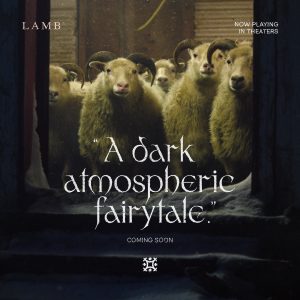 The horror-cross-fairytale story revolves around a married couple and a half-human, half-sheep child. Sheep farmers, María and Ingvar, raise the human-sheep hybrid, Ada, as a surrogate for a child they lost while the supernatural entity who created Ada attempts to take her back.

The first element that quietly (yet boldly) sets up suspense in “Lamb” is sound. The minimal dialogue, little use of music and lack of other superficial sounds dramatize the action within the plot. The sparse use of dialogue strengthened “Lamb” because it gave importance to the few words said. Rather than overloading the movie with emotional, lengthy speeches, the writers let other cinematic components, like visuals, do the talking. Most of the enticing sounds come from natural elements such as the sheep, gusts of wind, a barking dog, the tractor engine, or sounds of hay rustling.

Another component that made the cinema magnetizing and cohesive was the cinematography. The cinematographer, Eli Arenson, excellently captured the rugged, mystic Icelandic landscape central to the story. One of the movie’s main themes includes the horror in nature; therefore, capturing a setting that mirrors the beauty and terror of the natural world escalated the movie. 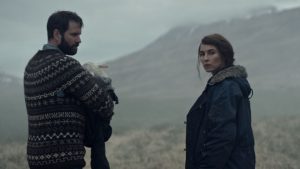 Ignvar and María with baby Ada

Throughout the film, impressive wide shots capture the green rolling hills and craggy mountain ranges. When bringing the audience into the sheep barn for the first time, the filmmakers take their time to capture the everyday chaos that occurs in the barn. As the camera shows the sheep milling around while the supernatural creature stalks them, Arenson included balanced shots of the sheep in their pens. These shots in the barn pleasantly surprised me. With handfuls of loud, farm animals, I would imagine capturing a balanced shot is a challenge. 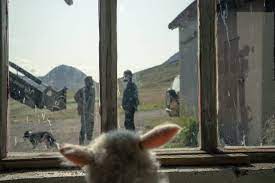 Ada looking to her family.

Not only were the cinematic shots of the animals eerily striking, but the panic the animals prompted was hair raising.

At the beginning of the film, the camera is in the point of view of the unnatural creature. The unseen creature stalks a herd of horses amidst a snowstorm. Though the horses cannot emote for the camera, the way they move away from the camera fosters panic. This is not the only time an animal builds the necessary suspense in the movie. After María and Ingvar adopt Ada and essentially kidnap her from her biological sheep mother, Ada’s mother constantly seeks out Ada. Ada’s mother is an animal and cannot emote human emotions, but every time she escaped from the barn and cried outside the farmers’ window looking for Ada, her performance created a sense of hysteria on the screen. The sheep’s sounds, behavior, and movement perfectly conveyed the unnatural situation with Ada and foreshadowed other forces looking to take her back.

Though the use of real animals in “Lamb” boosted the intensity and tone, the use of supernatural animals crushed its chances of being a haunting, fantastical film. 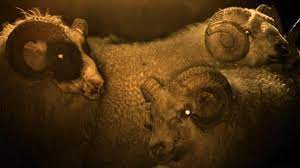 Initially, I did not register “Lamb” as a fantasy film because there were no mystical elements. When Ada was delivered by María and Ingvar in their barn, the screen only showed María’s reaction to seeing Ada for the first time. As an audience member, I was under the impression that the filmmakers were not showing Ada to allow the audience to assume there was something different about her. But several minutes later, there is a very quick shot showing Ada’s human, infant body with her sheep head. Later on, there were more shots of Ada walking around the farm with her family as a toddler. 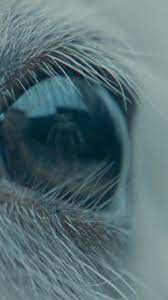 Unfortunately, Ada’s character’s fantastic special effects took me out of the film instead of bringing me deeper into the story. Most of the film highlights the hyper-realistic elements of the story; the setting, sounds, characters and even the major themes are all-natural and ordinary. But with the sudden and unexpected incorporation of unnatural animals, there was an audible gasp and giggle throughout the theatre. No one expected an uber-realistic film throwing in a couple of eerie-looking characters.

María, Ingvar, and Pétur’s—Ingvar’s brother—reaction to Ada’s unnaturalness detached me from the story even further. Though Pétur’s initial response to Ada’s existence felt realistic due to his skepticism, all of them quickly cave into accepting that Ada is ordinary. I suspect their swift acceptance of Ada is purposeful. She is intended to be an innocent and charming character, so I assumed that was why Pétur changed his opinion of Ada so suddenly. Either way, the main characters’ minimal reaction to Ada’s otherworldly appearance made the story less believable.

However, the most jarring use of special effects was with the reveal of the supernatural creature that bred Ada. At the crux of the climax, when the story reached its most dramatic and horrifying point, bursts of laughter filled the theatre. Rather than squirming and gasping with terror, I was shocked with a silly—borderline comical—reveal. The evil entity was a ram-human hybrid. Similar to the Ada reveal, the ram-human yanked me out of the story. Besides the fact that filmmakers had one of the narrative’s essential forces on-screen for barely five minutes, the ram-human did not fit the tone of the film.

After most of the film spent time reflecting on finding pockets of happiness with a wholesome family, having an odd humanoid figure staring into the Icelandic wilderness for several beats felt out of place. These fantastical creatures were awkwardly shoved into an otherwise hyper-realistic movie. Besides the inclusion of the ram-humanoid in the end, the lack of action and quick resolution made the ending lackluster. With all of the suspense that the sound, visuals, animals and plot built throughout “Lamb,” I was hoping for a more explosive ending. The film did not need flashy and gory shots, but more conflict with the evil creature or a variety of rapid cuts to intensify the ending could have elevated this film. 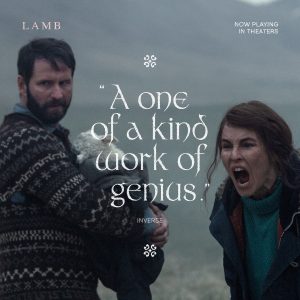 Nevertheless, “Lamb” does not lack horror elements. The death of Ada’s mother, the murdered dog and Ingvar’s death are all components that make this horror. While “Lamb” successfully horrified me, it did so in the wrong way. Rather than being haunted by a silent, ram-humanoid figure, I am haunted by the randomness of the supernatural characters in the movie.