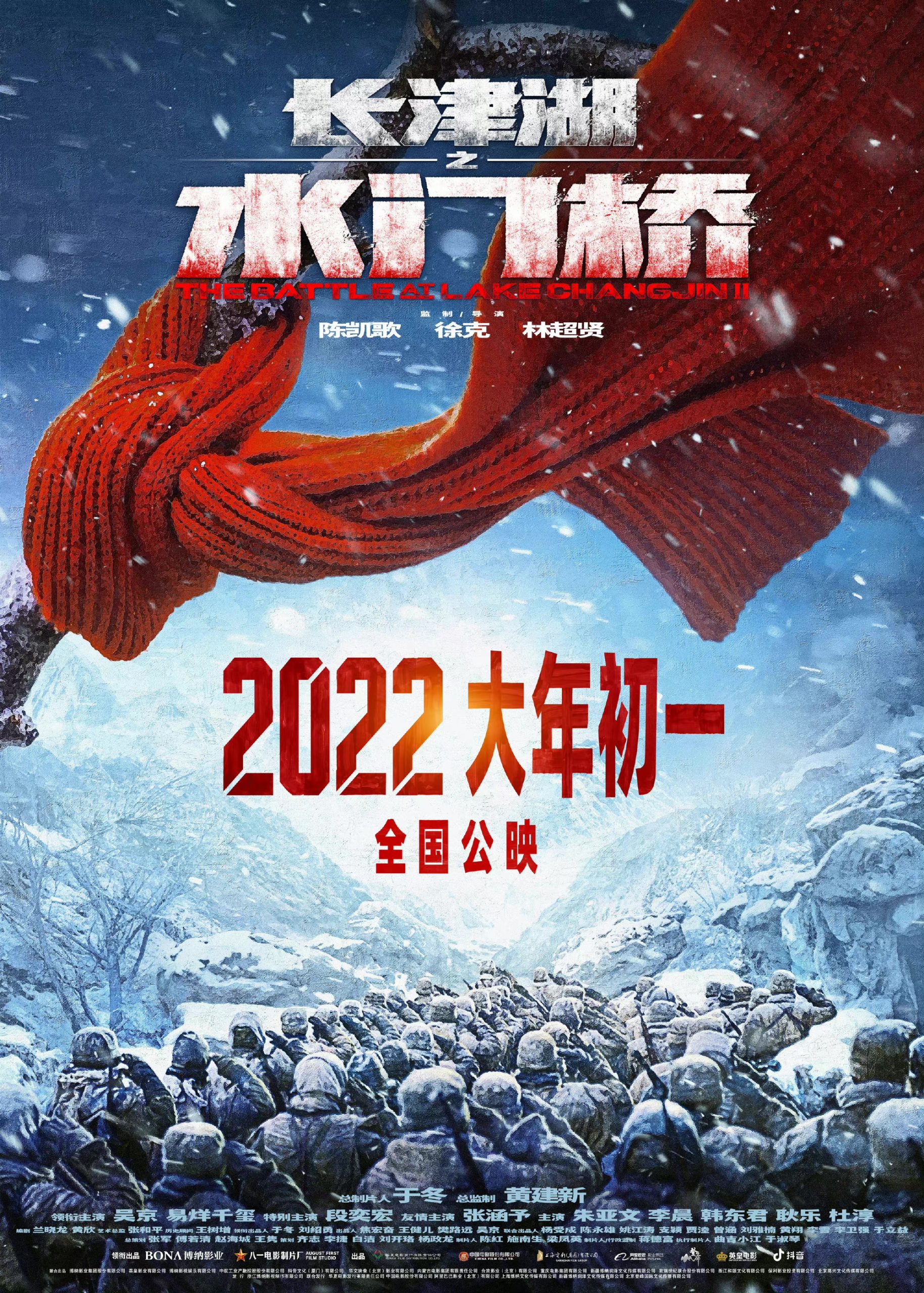 Lunar New Year is a traditional Spring festival in China, and also a prime time for movie-watching. People often spend this national holiday at the cinema with their families. While the pandemic is still ongoing in China, the excitement surrounding this year’s Chinese New Year film season has been higher than ever. Over the week-long Chinese New Year festival, eight movies grossed a total of $6.039 billion.

Here are the top six movies that debuted on the box office list during the 2022 Chinese New Year season: January 31 to February 6. 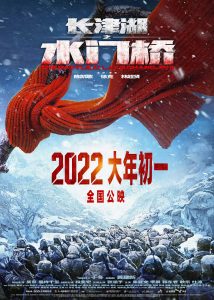 Directed by Tsui Hark and produced by Chen Kaige, this epic war film is a sequel to “The Battle at Lake Changjin I”, which was the box office champion in 2021. The film is set against the backdrop of the Battle of Water Gate Bridge and depicts the soldiers of the Seventh Company (played by famous Chinese actors Jacky Wu, Jackson Yi, and Yawen Zhu). The “Battle At Lake ChangJin” films have dominated the box office for two consecutive years. Why are these two movies so popular? The first possible reason involves the lead actors who brought strong publicity to the films. One of the actors, Wu Jing (Jacky Wu), is an actor, director, and martial artist, best known for his roles in various martial arts films such as “Wolf Warrior”. Another actor,  Yi Yangqianxi (Jackson Yee), is a super influential young Chinese actor. He won the Best New Performer Award during the 39th Hong Kong Film Awards for his first lead role in the film “Better Days” and ranked 1st on Forbes China Celebrity 100 in 2020 and 2021. As one of the most commercially valuable stars in China, his feature in the film attracted many people.

Another influential factor was the timing of when these two films were released. 2021 marked the 100th anniversary of the founding of the Communist Party of China, inspiring numerous patriotic films and television shows. As a documentary, “The Battle at Lake Changjin” is historically meaningful, reminding people of China’s history and strengthening their patriotism.

“Too Cool to Kill” (Chinese: 这个杀手不太冷静） 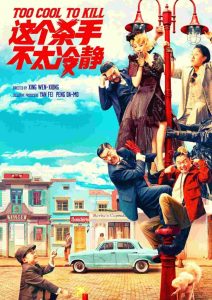 Based on Kōki Mitani’s 2008 Japanese film “The Magic Hour”, “Too Cool to Kill”, a Chinese action comedy film, took the second spot at the box office.  This film was the director Xing Wenxiong’s feature film directorial debut.

The film follows  Wei Chenggong (played by Xiang Wei), a small background actor invited to play the role of a mysterious killer. Wei, who is kept in the dark, turns out to be a good actor but ends up in a conspiracy beyond his control.

The commercial success of “Too Cool to Kill” is a testament to the faithfulness of the adaptation and the film’s tighter focus on the core conflict: Wei acting as the “killer.” The film is well-paced, features great, distinct characters, and tells a familiar story in a new and interesting way. 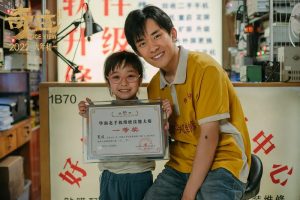 “Nice View” is a drama film featuring actor Jackson Yee in the lead role. “Nice View” tells the story of a famous struggle that took place in Shenzhen, Southern China.

Twenty-year-old Jing Hao (Jackson Yee) lives with his sister Jing Tong in Shenzhen. He needs to accumulate RMB350,000 in a year and a half to save his sister who suffers from hereditary heart disease. To do this, he starts an electronic components factory, dismantling parts from machines he’s salvaged to sell to mobile phone companies. Faced with the blow of life, Jing Hao started his own business and fought together with some imperfect and unprofessional employees in an abandoned factory building, eventually achieving a miraculous life reversal.

Within 106 minutes, the film features expatriates looking for work, a snobby landlord, a vicious debt collector, and the ways in which common folks help one another. The film highlights real human struggles, which emotionally resonates with the audience. The film also reflects the current situation of the Chinese employment industry where more and more young people are choosing to go to Shenzhen to develop and work their way up from common people to eventually reaping their own success. 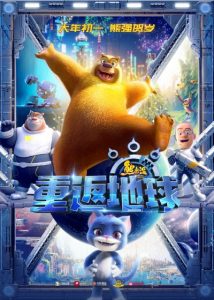 “The Bonnie Bears” series has landed a spot on the Spring Festival box office list for five consecutive years since 2017 (excluding 2020 when all cinemas were closed). The series has become the must-watch animated film year after year.

The early Bonnie Bears series revolved around three main characters – a pair of bear brothers and a lumberjack – arguing about whether to cut down a tree. Subsequently, in each film, as new challenges emerge, their relationship shifts from confrontation to cooperation, and they work together to turn the odds in their favor.

Compared with other films in the Spring Festival, the average age of the market targeted audience is relatively small, and the content of the film is not set to change dramatically, but it has occupied the upper-middle position in the Spring Festival film list for several years, which is unachievable without the production team’s continuous expansion of new space for the fixed IP. Since 2014, the Bonnie Bears series has produced eight films, in each of which the scenes of the main characters’ encounters and adventures are different, from the primitive forest at the beginning, to the circus, to the parallel world, and to the universe this time. This year Director Lin Huida integrated elements of science fiction into the original IP story. The film teaches children scientific facts and good moral lessons such as “as long as they can persevere in kindness and bravery, all children can become heroes.”The variety of settings and the constant upgrading of technology have brought the audience an ever-improving visual experience. The film broke five records during the screening period, including the cumulative box office record for an animated film. 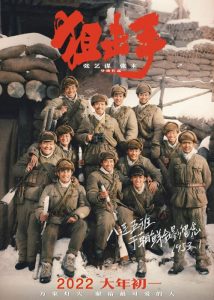 Directed by Chinese director Zhang Yimou, “Sniper” is set against the backdrop of the “Cold Gun Campaign” during the War of Resistance between the U.S. and Korea.   The film follows the Chinese Volunteers who fought to the death against an elite U.S. sniper team. Yimou also directed the opening and closing ceremonies of the 2008 Beijing Summer Olympic Games as well as the 2022 Beijing Winter Olympic Games.

To really show and emulate the heroism of these volunteer soldiers, the lead actor, Zhang Yi, starred in this movie for free.

“Only Fools Rush In” (Chinese: 四海) 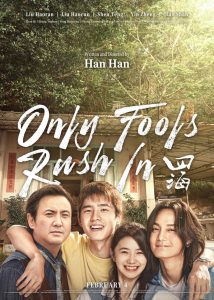 “Only Fools Rush In” tells the story of the teenager Wu Renyao (Liu Haoran), who loves motorcycles and dreams of being a professional motorcyclist. He works hard for his dream and meets his father who he has never lived with. His father did not raise Renyao, but their re-encounter leads to the two reconciling. During this process, Renyao meets a vivacious girl Zhou Huansong (Liu Haocun), and they work together to overcome the difficulties of their life journeys.

By the end of the first week of  Chinese New Year,  “Only Fools Rush In” grossed  RMB475million, ending up in sixth place below Sniper.