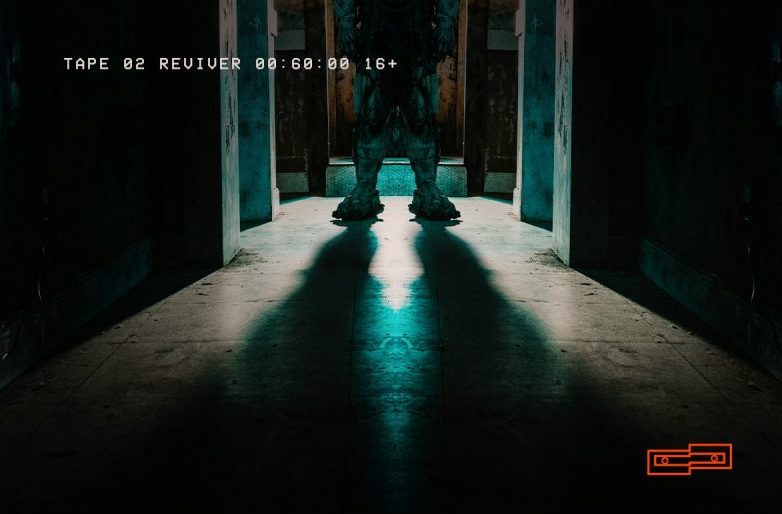 One of the characters in Reviver, "Max"

An immersive film is a new form of movie and performance in which the actors not only act out their roles but also interact with the audience and let them into the characters and the plot. Immersive films have their own original scripts and creative teams, including directors, screenwriters, sound, and special effects artists. Since 2020, this new form of performance has been gaining popularity in China. The game company based in Shanghai – Umeplay has become one of the leaders in the industry and it mainly consists of immersive movies and two mechanical escape rooms.Umeplay has four thematic immersive films, including Insane, Reviver, Enola, and Sinner. We are not clear about the concept of “immersive”, what is the daily routine of an actor? What are the differences between immersive movies and traditional movies? Huimiao Zhang spoke with Reviver’s actor Haixu Wang to find out what immersive movies are and what are the differences between these performances. 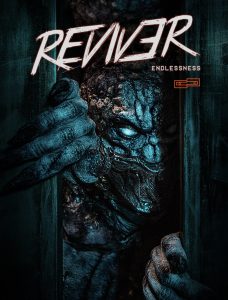 The poster for the immersive film “Reviver”

Haixu Wang: If we introduce immersive films from the perspective of performance form, it is still not separated from the traditional performance system, and the actors are still living in a prescribed situation. The difference is that in conventional screen films, or in any previous theatrical performance, the background and partners are fixed, however, the audiences of an immersive film are indeterminate. It is not accurate to say that the people who come to our film are “audiences” because they are the characters in an immersive film too. The reactions from each person are different, you never know who you are going to meet the next day and what’s going to happen in the next show even though we live in a prescriptive background. For me, immersive film is about creating more surprises in the story.

In fact, before I entered Umeplay, I once thought that this kind of performance was similar to a sitcom, where I would occasionally break the fourth wall during the performance to summarize the story and talk to the audience on stage, which might not require audiences’ feedback. I even secretly practiced in front of the mirror myself about how to be more interesting and natural when breaking the fourth wall.

For the content and my role in the film. The script is mainly a story similar to the anti-war theme, set in the background of World War II, a country in the territory of another country to do some inhumane living experiments, and the conflict between the characters in this context. I am satisfied with the role I played, I think I am the main character. Although my appearance is limited, the whole story is based on what I have done. I like this role because when the scriptwriter designs roles, the character of this role is very distinct. He is tough, has his own unique values, and has strong perseverance to persist in being himself. What really attracted me is that he still shows the contradictions of being human in the process of perseverance.

Zhang: What is the difference and similarities between immersive and traditional movie?

Wang: There are certainly many similarities, such as what I have just said, living in a prescribed situation and having a stage task that must be completed. The same goes for the story, which is also based on Blake Snyder’s beat sheet. There is no doubt that Umeplay is a professional in terms of production.

What’s different from traditional movies, and what I think is most appealing about immersive movies, is the audience’s participation. If you’ve been to many theme parks, such as  Universal theme parks, and Disney World, the resident actors are also breaking the fourth wall to interact with the audiences. But their show doesn’t have a complete storyline, immersive films have. As an audience, they are also involved in the story, and that must be a very special experience.

The traditional film is facing the camera, the art of film has developed so far, and its filming and editing techniques and expressions are no longer mysterious to the audience. There are many special moments in traditional movies that are reflected in long shots. For example, director Johnnie To of the Hong Kong movie “Breaking News” used a seven-minute-long shot in the opening scene. In Martin Scorsese’s film “Goodfellas”, the long shot of the gangster protagonist and his female companion heading to a restaurant is so good that it can even tell another story. For an immersive film, this is a long-shot film, so it’s special for the audience.

Zhang: As the important role in this immersive film, how do you think you are different from the actors in the traditional film?

Wang: To be honest, I am not sure I’m correct, because I don’t have experience of being on screen. But the good thing is that my current job offers me the opportunity to act. I even find immersive film acting to be more interesting to me. So what I think is different maybe rather one-sided.

I think the actors in front of the camera are more forgiving after the second death of the performance. What I mean by this is that they have the opportunity to find a better way to express their roles on the scene, and find the best shots to present to the audience in front of the screen through comparison and feedback from their co-workers. The camera zooms in a lot of details, and with traditional film actors, there are a lot of great moments that are presented with some subtle processing. But we need a relatively exaggerated approach to the details. However, since it is a face-to-face performance, the actors of the immersive film have to show more life-oriented. I’m not saying that traditional actors can’t do this, of course, they can, but different presentation methods require different attention to detail. The audiences’ eyes are not lens, and if they miss them, they really can’t see them. All the scenes and details in each performance can only be interpreted by the audience once, which is very similar to stage plays, there is no chance to start over. So how can we present the wonderful moments to the audience who stand in front of us in a natural and lifelike way, this is the problem we need to consider all the time.

Zhang: Why do you choose this job? Is there anything or anyone impressive during the working time?

Wang: Except for the love of acting, I think that technology is evolving rapidly, and while it brings us convenience, it also replaces many jobs. I think the jobs that are more difficult to be replaced by technology are the creative careers. The art industry is undoubtedly a field that requires constant creativity, and it is also an industry with more collisions of ideas, which is particularly attractive to me.

As for people or things that impressed me, I remember one audience who came to see our performance several times. He once saw at least three performances in one day, and he came to see them several more times after that day. It put some pressure on me because I had to do something different at every performance that is equally recognized. This audience would really get into the play and would interact with me in a way that fit the story. It’s almost different every time, but of course, there’s the same dialogue and questions. This is by far the most special audience and thing I’ve encountered in my entire acting career.

Zhang: When you first saw the script, how long did it take you to understand your role? What methods did you use to understand it?

Wang: When I first got the script, it was not quite what I expected. The general stage play is only lines and scenes. But the script of an immersive movie is relatively strict, and these crips even mark out the points (where and when should perform). It took me about two months to figure this role out, and the scriptwriting for Umeplay was interesting because every time you think you’ve got it right, you go back to the script and will discover something new. That made it very challenging for me.

After I became familiar with the script and the role, it took me about a month to get myself into the role. Because this type of acting is uninterrupted from the beginning of the movie to the end. To make my performance consistent, I need to really believe I am the doctor(my role) from World War II, which is not easy for me to do because of my inexperience. I also gathered all kinds of information on the internet to get into the role. My role was a doctor, and I had to go through some information about how doctors ask questions and operate, which was tedious but interesting.

Zhang: As an actor, do you have any difficulties or challenges during the performance and rehearsal?

Wang: I believe in every film, and I mean any film, including the traditional films. The rehearsal process will definitely have all kinds of problems. Because we don’t have editing and camera positions, in rehearsals we need to take into account all the problems that the real audience will encounter when they come in, in addition to performing the whole branch in its entirety.

Each of our rehearsals has to be a complete performance, character appearances, background sound effects, lighting points, performance effects, etc. It’s all over and over again. It’s like a broken machine, every time it runs there will be a problem, then we will fix the problem, but the next time there will be a new problem, the fun of work is to solve the problem. The working circumstances of Umeplay are pleasant, it is only the body feels tired, and the mood was unexpectedly pleasant.

Zhang: Lastly, for some people, immersive film is a new model of performance, how would you promote this new performance?

Wang: I don’t how to promote it, but I know that a good film or play can be watched again and again, from the script, director to the actors, must be professional and sincere. That’s what makes for a compelling movie. It’s clear that Umeplay is doing just that. If there is a chance! I really hope that this art form can be enjoyed by more people around the world.