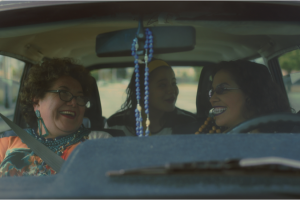 Joyride is more than a short film; it is an experience. Director and writer Edwin Alexis Gomez created an incredibly poetic and multifaceted piece of art. Joyride premiered at the 2020 PBS Film Festival where it won the “Most Popular” film award. The film was produced by Angela Pedraza and Evelyn Angelica Martinez. Joyride tells… Read more »