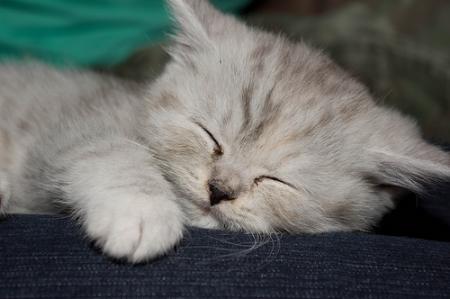 Isn't it obvious why docs about cute animals sell? Photo by Tim Ebbs.

The hot topic at this fall’s BNA Atlas International Film & TV Finance Summit, the 11th Annual in New York, was how to master the business side of film in order to even attempt the creative side. Discussions among those present, myself included, ranged from marketing to financing and distribution. In other words, the talk focused on the nuts and bolts of making a film that an audience will see.

Rather than being beginners, many of the attendees, 40 of whom gave keynotes or spoke on panels, were themselves accomplished in their area of expertise. An abundance of lawyers attended, which came as no surprise given panel topics such as tax incentives, hedge funds, equity financing, R&D credits, labor issues, and other rather technical, but necessary aspects of filmmaking. There were also panels on attaching talent (and financing considerations), product placement, digital distribution platforms, and even a case study on two independent features.

After taking the temperature on a wide range of topics from a variety of sources, I decided to summarize the most salient bullets of what I learned below. You may agree or disagree with the sentiments and some are more obvious than others, but this is what was being said. A note on how I credit sources: Unless the person’s name appears, it is a general or summary point.

Studios are putting in less money into projects.

Currently, there are opportunities to fund independent films in Europe through their film commissions.

Indie producers should utilize social media platforms such as YouTube to promote content like trailers and clips from their films. Once they have established a following, THEN they should approach distributors.

Distributors that were mentioned as good for financing and distributing indies include: Lions Gate Films, Anchor Bay, Summit, Sony Classics, Magnolia, and others.

According to panelists, proposals for film projects need to be very well thought out and are often not.

There always has to be someone established on a project, be it director or cast, or screenwriter.

Submarine’s Josh Braun: At TIFF, the most hyped up films were often not the ones that sold well or had bidding wars.

Warren Nimchuk (W2 Media): The real problem with indie films is getting them noticed.

Keep in Mind When Casting

According to entertainment attorney, Wilder Knight (Pryor Cashman): Before going to talent it’s crucial to look at whether the script will appeal to said talent. Most people come to talent with no budget hoping to get them for SAG minimum. Talent gets attached for two reasons: Personal appeal of project and personal relationships.

Jodi Peikoff, also an entertainment attorney, represents clients like Michael C. Hall. Using Hall as an example, Peikoff explained that he has no shortage of offers to play gay characters or serial killers, given his roles on Six Feet Under and Dexter. But, she said, something that’s considerably different would hold much more interest for him. For example, Hall has a musical theatre background and could have interest in a musical. While studios often peg and typecast talent, indies can offer talent outside-the-box opportunities. Make sure that yours does. Look at casting against type.

On the flip side, casting against type might make the film less commercially viable. However, according to Submarine’s Josh Braun, if it works, it can also attract more attention.

Often, back-end is given to cast in lieu of a lot of money. So is production credit, sometimes even to talent’s manager and best friend.

According to Jodi Peikoff, if stars work for scale, they usually end up with a lot of control over director, distributor, etc.

Producers want name talent not only for financing and distribution, but also for their ability to promote a movie later. According to Wilder Knight, it is worth finding the money to give talent a first-class ticket to film festivals.

Be harder on your script than any audience would be.

Warren Nimchuk: If you have a great script, director, and cast…as soon as you set foot on set, you can only wreck it. So sell it before it gets made!

Wilder Knight: Consider the social media aspect when it comes to talent. A social marketing program needs to be in place before a studio project is green lit. Someone like Ashton Kutcher, with his millions of Twitter followers, brings huge value in that regard. Younger actors are particularly hooked up.

Ira Deutchman (Emerging Pictures): Netflix’s new changes will drive people back to theaters. Netflix was responsible for collapse of DVD market. It has a business model that undervalues content.

Since Netflix launched their delivery via broadband, it in essence became like a broadcast network. Therefore they have to pay license fees. Due to no competition, they pay lower fees.

On What Genre Films Will Sell

Docs about cute animals or competitions.

Docs with Michael Moore in them.

Karinne Behr (Sanborn Studios): Action films are a “sure value.”

On What Will Sell Internationally

Romantic comedy is a tough sell in countries like France, Korea, and Japan; the humor doesn’t translate.

Vinca Jarrett (FilmPro Finance): Keep in mind who is bankable internationally. In some countries no one would recognize Diane Lane, for example. Someone else might be a huge star, on the other hand.

Ira Deutchman: Self-distribution is not for the weak of heart.

Just getting a theatrical release doesn’t guarantee an audience, especially without resources.

Warren Nimchuk: By self-distributing you can end up selling for much lower than if someone who knew the market sold it.

On the plus side, self-distributing could leave more money for filmmakers.

Warren Nimchuk: Sales agents and distributors pass on much more than they buy so self-distribution is a valid option. Later filmmakers can go to distributors and say: “Here’s what we did domestically, maybe you can do foreign?”

Sales agents love packages and stars. If budget is small and there is no talent, you will only get interest after you have some success at film festivals, etc.

Sales agents and producer don’t work for you, they work for themselves.

Product placement or brand sponsorship can be a great funding source. For example, Donna Karan financed a doc about healthcare in the high six figures.

If you just want to use a brand for authenticity, you do not need clearance in the US. You can have your yuppie character drink Starbucks, but you can’t use the name, “Starbucks Hotel.”

However, there might be issues when associating a brand with bad behavior without permission (Example: Tony Soprano shoots someone while holding Starbucks, or smokes pot while playing Angry Birds).

On Pitching Scripted or Reality TV

If you haven’t done TV before, you need to nest with an experienced production company to get your foot in door.

Canadian docs are often co-produced with the UK. The US rarely wants to work on co-productions.

Reality TV shows are not really about the idea. Ideas are cheap, it’s all in the execution and longevity potential of show.

Scripted shows have more afterlife value than a non-scripted show like American Idol. Syndication is a large factor to consider.

Pitches can be made via entertainment lawyers that are well-connected, friends of friends, and markets like BANFF. Outsiders need to find insiders. Even via Linked-In.

Find a production company that has worked with the network your show would fit in with. But don’t expect to get back-end or much of anything (aside from a possible credit). Think of the show as springboard for NEXT show.

You buy a DVD and you have a digital file for any format that comes with it.

We will see a surge in online micro-channels, which will mirror and compete with more traditional cable television output. Exclusive licensing will reign.