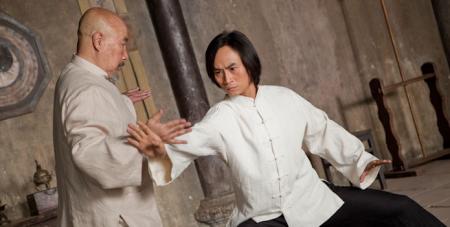 The Toronto International Film Festival (TIFF) first presented the Asian Film Summit in 2012 and it was proclaimed a success. The one-day event, housed at the posh Shangri-La Hotel, returned again this year and attracted many delegates who are turning their eye to a massive market that offers many opportunities for collaboration and alternative sources of funding. China is now the world’s second largest movie market, so it comes as no surprise that TIFF would jump on board to help build bridges between Asian cinema and the West.

Some of this year’s high-profile summit guests included Hong Kong director
Johnnie To as well as Keanu Reeves, who discussed his directorial debut, Man of Tai Chi, a China-US co-production that premiered during TIFF. The film is set in modern Beijing and features plenty of martial arts.

Cameron Bailey, artistic director of TIFF, moderated the discussion with Reeves to a full house on September 10th. He was also joined by Man of Tai Chi producer Lemore Syvan, and co-president of Radius-TWC, Tom Quinn. The panelists shared their experiences of putting together a China-US co-production.

There are many key elements that need to be considered:

At the end of the day, according to Reeves, there are many more similarities than differences. His extreme enthusiasm foretells the future. No “Oracle” needed.