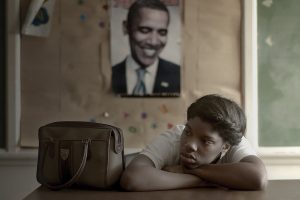 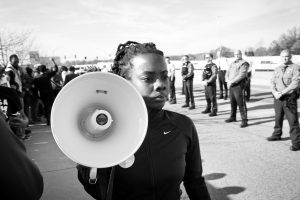 10 Filmmakers to Watch in 2016: Damon Davis and Sabaah Folayan

Whose Streets, a documentary from filmmakers Sabaah Folayan and Damon Davis currently in post-production, chronicles the lives of activists in Ferguson, Missouri and the surrounding St. Louis area following the controversial killing of unarmed black teenager Michael Brown by white police officer Darren Wilson on August 9, 2014. Folayan and Davis focus on the aftermath of the incident and the evolving social movement surrounding it. Their hope is to bring awareness and clarity to this racially-charged, constantly unfolding narrative. The directing duo make our 10 filmmakers to watch list for 2016.

While covering the 2003 St. Louis Filmmakers Showcase, where one of my films was showing, Joe Williams, film critic of the St. Louis Post-Dispatch, wrote an article in which he referred to me as the “godmother of the St. Louis filmmaking community.” I was flattered but also a bit embarrassed. I have no idea how… Read more »