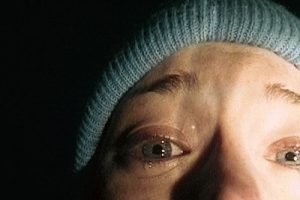 Myth #3 “A good story will find its audience no matter what.” or “Good marketing can make any story succeed.” The myth in all its glory This is a twin myth, two sides of the same coin. On the one hand, there is the idea that a story can propel itself above and against the… Read more » 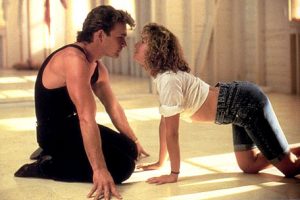 Thank You For the Music: A Music Licensing Guide for Filmmakers

The soundtrack of a film is an integral part of its interpretation. It not only helps to create a polished final product, but it can help an audience understand what the characters are feeling. Picture Dustin Hoffman and Katharine Ross running out of the church, laughing, her wedding dress trailing behind them. They jump on… Read more »

The Doc Doctor’s Anatomy of a Successful Film: “Divan”

About this new column: Many filmmakers ponder in anguish, How do other people—celebrated people—do it? Am I taking too long to make this documentary? Does everybody spend as much money as I am spending, or am I spending too little? And when filmmakers share their lessons learned in interviews in the glossy trade magazines, their… Read more »

The Many Meanings of “Fair Use”

So your documentary has commercial interest and high revenue earning potential. And you’ve secured all of the agreements, releases, and licenses for the film, except for one piece of vintage footage that’s not quite in the public domain (material which can be used freely by anyone because it was created before 1923), but it’s “pretty… Read more »

Freak boy and Festivus poles. Gutted tuna auctioned in Tokyo. And Thanos-the-PR-man singing “Feelings” at karaoke. Whoa-oh-oh. I’m a blogger, but the existence of blogs isn’t news. What Freak Boy (a home-movie role I have twice played) wants you to know is how the use of iMovie, Apple Computer’s low-end, low-cost movie editing software for… Read more »

What Rolled Up Must Come Down

Written by? Created by? Screenplay by? Screen credit can define a writer’s career—in fact, the exact words that rolled up the screen after his/her last project often determines a writer’s next gig and salary. Given the time and high stakes involved in writing for film and television, especially when little compensation is involved, credit becomes… Read more »

I’m the director of the low-budget psychological thriller Room (2005), which premiered at Sundance and had its international debut in the Directors Fortnight at Cannes in May. Room was produced by The 7th Floor along with Jim McKay and Michael Stipe’s C-Hundred Film Corp. Our four-week, twenty-four-day production was equally divided between two weeks in… Read more »

Distribution. The Deal. That’s the goal of any independent producer after finishing production within budget and on schedule. Ideally, a filmmaker would want to have the film or program distributed by a single company with a reputable track record that would handle distribution in every market. However, although major distribution companies deal in both the… Read more »

Everyone knows the value of networking, right? It can get you a job, it can get you a great DP, it can get your film into the hands of a first-rate distributor. The right network can even get your movie an audience—if you’re producer Gill Holland. Holland himself was an important part of the promotion… Read more »

From Idea to Story

Suppose that you’re thinking of doing a documentary film about Elvis Presley, or a diner in your home town, or images of Islam in American popular culture. Something about the topic has caught your interest, and you think you want to take it to the next level. First, ask yourself what it is about the… Read more »